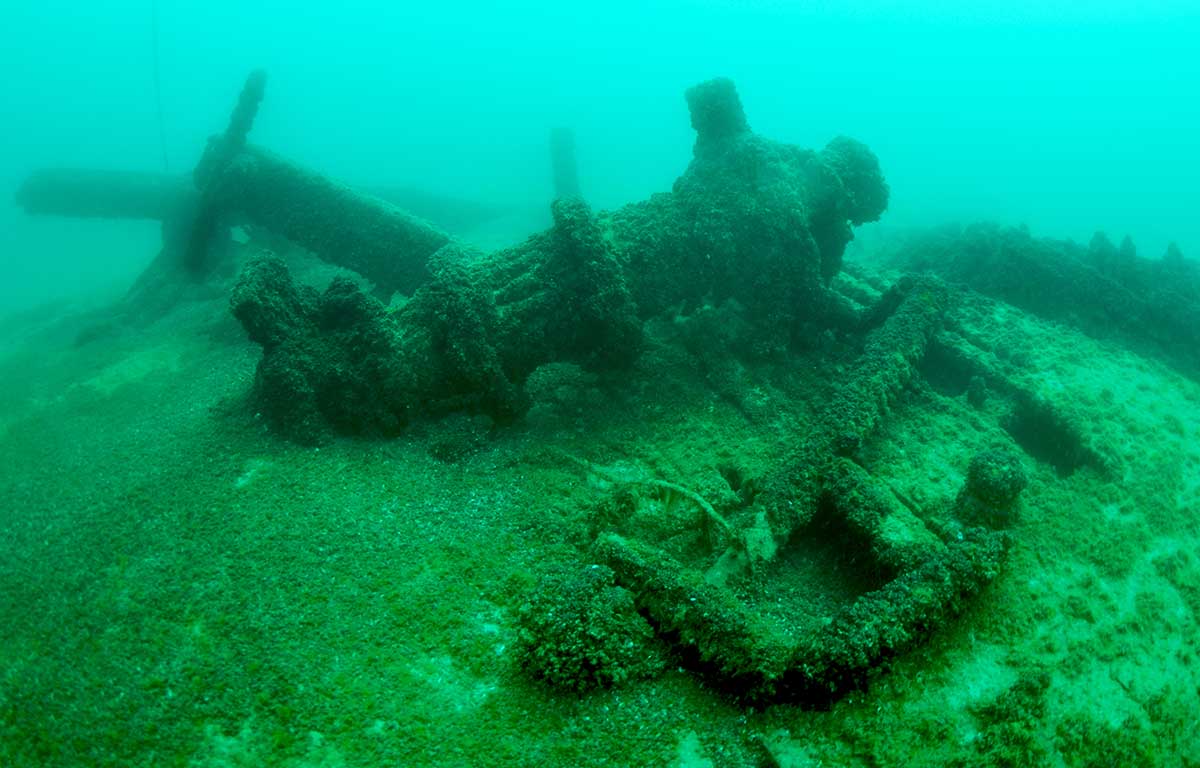 The Advance was a two masted wooden schooner built in 1853. She was rebuilt in 1869. At the time of her loss, she carried a cargo of wood.
Final Voyage

On September 8, 1885, the schooner Advance started to leak, became waterlogged and capsized in a gale 9 miles southeast of Sheboygan, Wisconsin. Her cargo of bark was valued at $1,200 and insured for $800. The captain and four of the crew drowned while attempting to reach shore in a yawl. They managed to make it within 200 feet of shore when their boat capsized in the breakers, only one sailor, Jacob Raum, survived.

The wreck of the Advance was located by sport fisherman in 1983. The vessel is located approximately 2.5 miles from shore. The Advance is broken up, with most of her sitting in 80 feet of water, on a sand bottom in a pile, with pieces scattered nearby. The centerboard trunk is still standing upright. Her hull is only partially intact.
Map