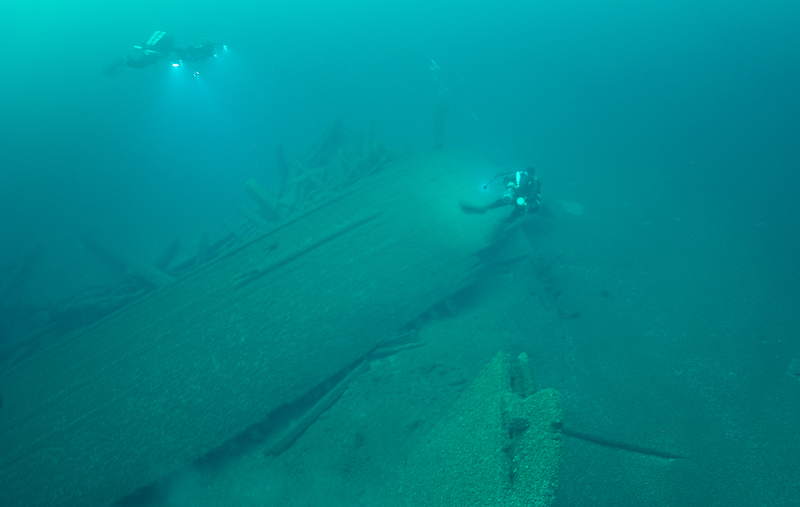 September 18, 1885. The crew of the schooner Floretta reached Manitowoc and reported that the Floretta foundered fifteen miles off that port. The schooner was enroute from Escanaba to Chicago with a cargo of iron ore consigned to Joliet Steel Works. She sprung a leak in the heavy sea during the night and the water gained so fast on the pumps that the crew took to the yawl. When half a mile from the vessel, they heard a loud crash. Pieces of the cabin flew in the air and she sunk. The crew of seven reached Manitowoc in the yawl. She was valued at $8.000 but insured for $6,600.
Today

The Floretta was discovered in 1980 11 miles southeast of Manitowoc, Wisconsin and was documented by the Wisconsin Historical Society in 2013. The Floretta sits in about 180 feet of water and is partially broken up. The remains are draped with commercial fishing nets The stern shows the most damage, but on the rest of the wreck the decking is intact. The holds still contain the iron ore cargo and there are three anchors on her bow.