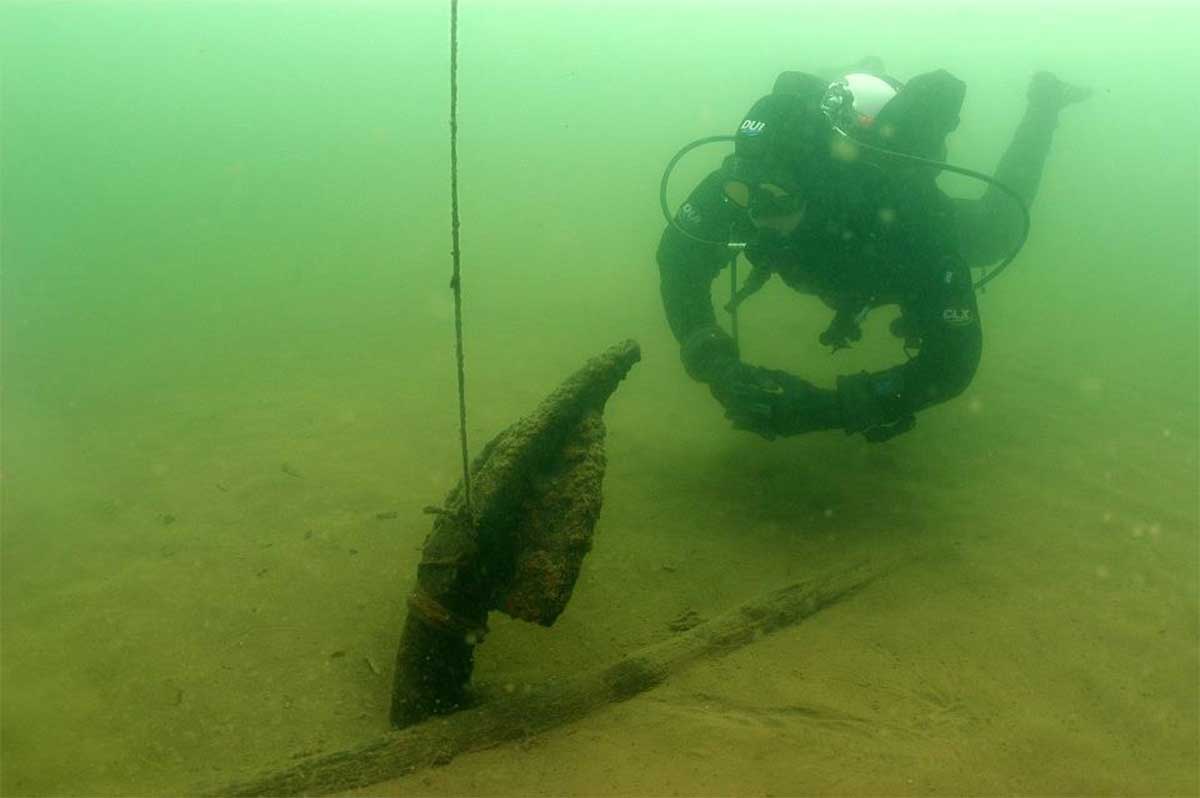 The two masted wooden schooner Alice Craig was built in 1857 as the US Revenue Cutter John B. Floyd. She was one of six revenue cutters built for service on the Great Lakes. Her duties included: collection of import duties, law enforcement, assistance to mariners in distress and establishment of aids to navigation. She was stationed on Lake Superior until 1864 either at Bayfield, Wisconsin or Marquette, Michigan. In 1864 the John B. Floyd was decommissioned and sold at public auction. In 1867 Frank Boutin purchased her, renamed her the Alice Craig, and used her for fishing and delivering cargo out of Two Rivers, Wisconsin. In 1870 The Boutin family moved their operations to Bayfield, Wisconsin.
Final Voyage

On November 18, 1887, the schooner Alice Craig foundered off Bayfield, with the crew being rescued by a fishing yawl the following morning. One account says it was driven ashore near Bark Point, possibly in Eagle Bay. ( Holden 1985:27)

Another account said this: "The schooner Alice Craig went ashore and was wrecked Friday night, between Sand River and Raspberry bays. She was under water to her rail and the crew after a fearful experience of several hours were rescued by a fishing yawl. At noon yesterday Capt. Thos. Bunker had not arrived at Bayfield. The Craig, owned by N. Boutin of Bayfield, was an old boat originally built for a revenue cutter and was valued at about $2500. She was loaded with camp supplies and bound for Siskiwit bay. Her cargo, estimated to be worth $2000, will be badly damaged if not wholly lost. The members of the crew when rescued were coated with ice and wellnigh exhausted from their fearful siege with the cold and gale and snowstorm combined." Ashland Daily News 11/22/1887
Today

The Alice Craig was stripped of her rigging and other fittings and the rest abandoned soon after her demise.
Twenty years later her rudder washed ashore at Eagle Bay. The copper fasteners indicating it had come from a boat built by the federal government.
Map