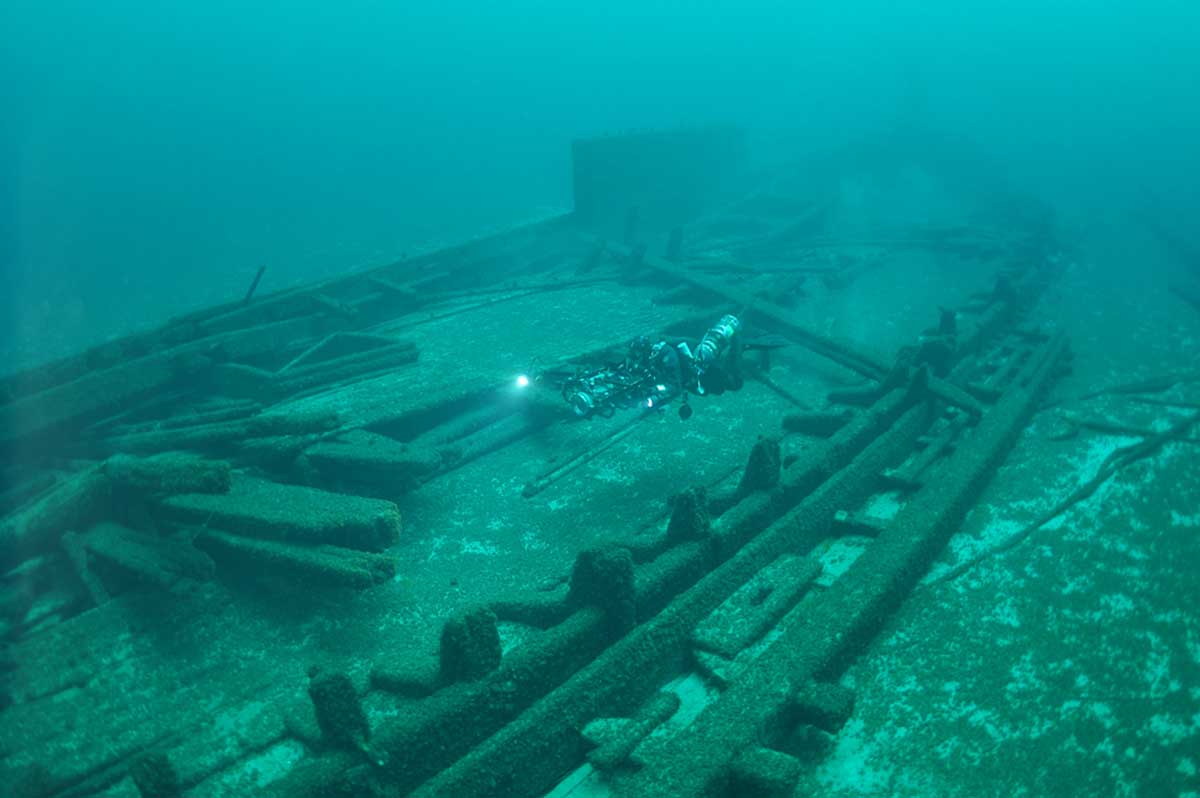 Hull of the schooner America. 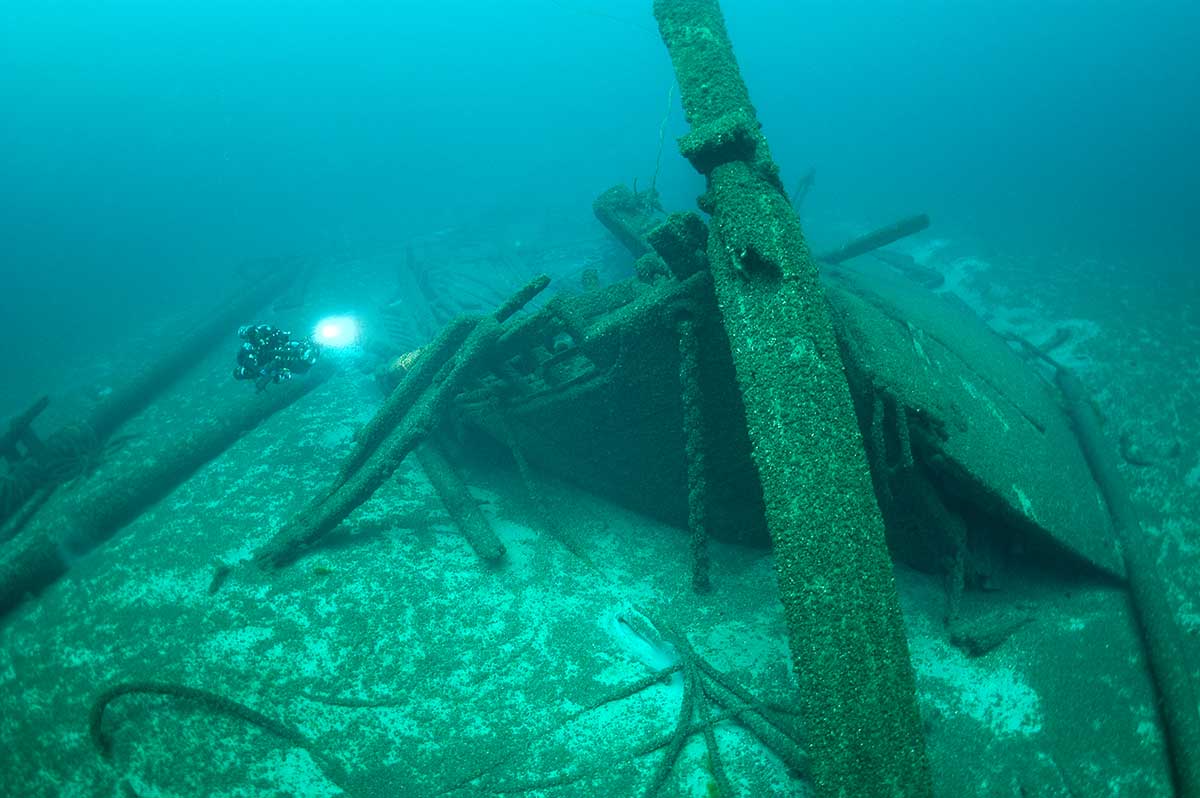 The three masted schooner America, was built in 1873, she carried cargos mainly on lower lake Michigan. Typically she carried lumber in the summer and in the winter, ice and lumber.

"At the time of her loss, the America was running without a cargo, headed for Escanaba, Mich. She was coming from Chicago for a load of iron ore, which would be sent to Michigan City, Indiana. The tug M.A.Gagno and the tug A. W. Lawrence were hauling stone in scows in the area off Two Rivers Point, Wis., with lines set out to the scows. The America ran directly across one of these lines, ripping a large hole in her bow. She sank within minutes, about nine miles north of Two Rivers Lighthouse and about four miles off shore. Both tugs and scows were running that night without lights. The crew made it to the yawl and landed at Two Rivers Point. The hull of the America sat with her bow down and her stern up for some time after the collision, and it was thought that the salvage might be possible."Explore Great Lakes Shipwrecks Volume II. Kimm A. Stabelfeldt

"The collision took place on September 28, 1880. When salvage crews arrived on October 6th, the schooner was in the same place and the same condition as on the 28th of September. The wrecking tug Winslow and the tug Gagnon put a line on the America and pulled for some time. This pulling must have put quite a lot of strain on the schooner's seams for they opened and she soon sunk, and was abandoned in deep water." Explore Great Lakes Shipwrecks Volume II, Kimm Stabelfeldt
Today

The wooden three masted schooner America is setting upright on a sand bottom in 130 feet of water. Decks start at 110 feet of water. The vessel has broken up, but her bow along with the windlass are somewhat intact. The wreck is about 140 feet long with the bow lying to the east, stern to the west and the three masts and rigging lying to the south. The jibboom has been lifted from the foredeck and thrust into the sand forward of the bow. The wheel was recovered and is located in the Manitowoc Maritime Museum, located in Manitowoc, Wisconsin. The anchor is at the Rogers Street Fishing Village in Two Rivers, Wisconsin.