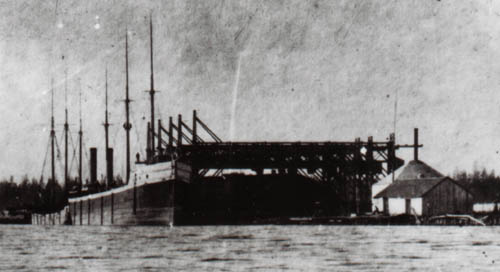 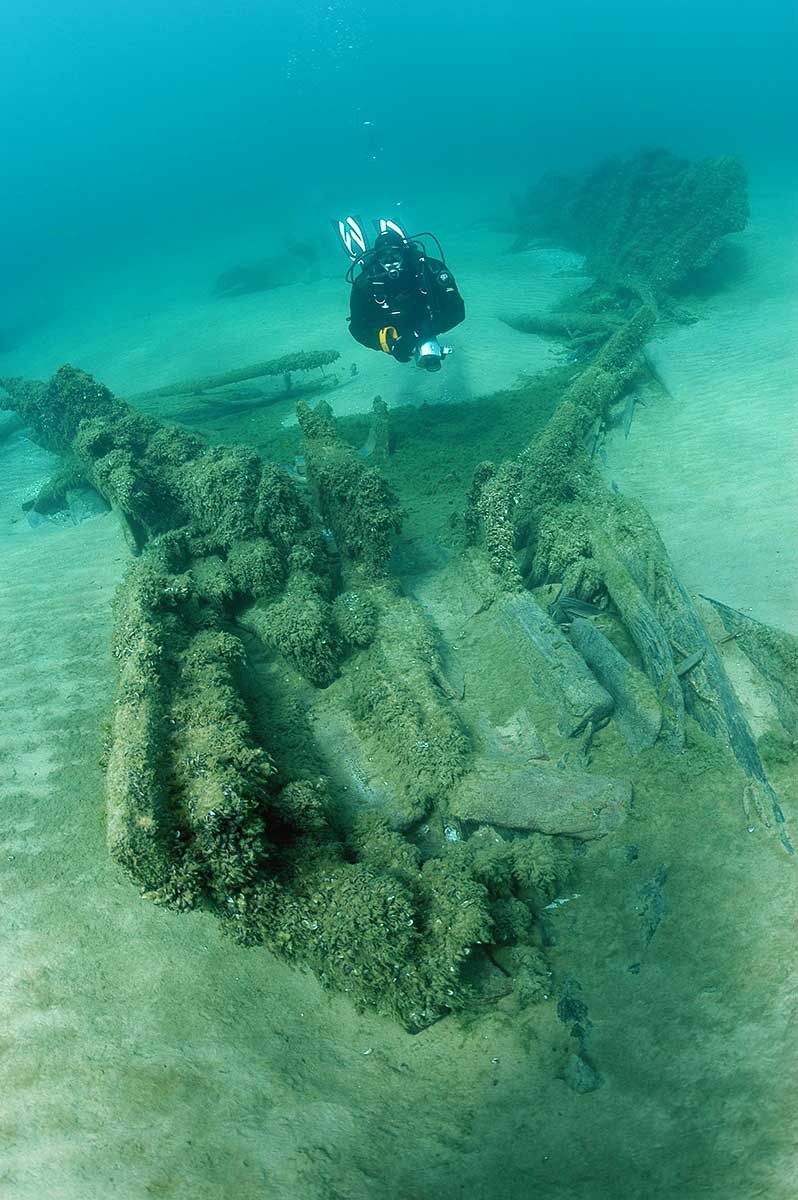 A diver hovers of Australasia's stern 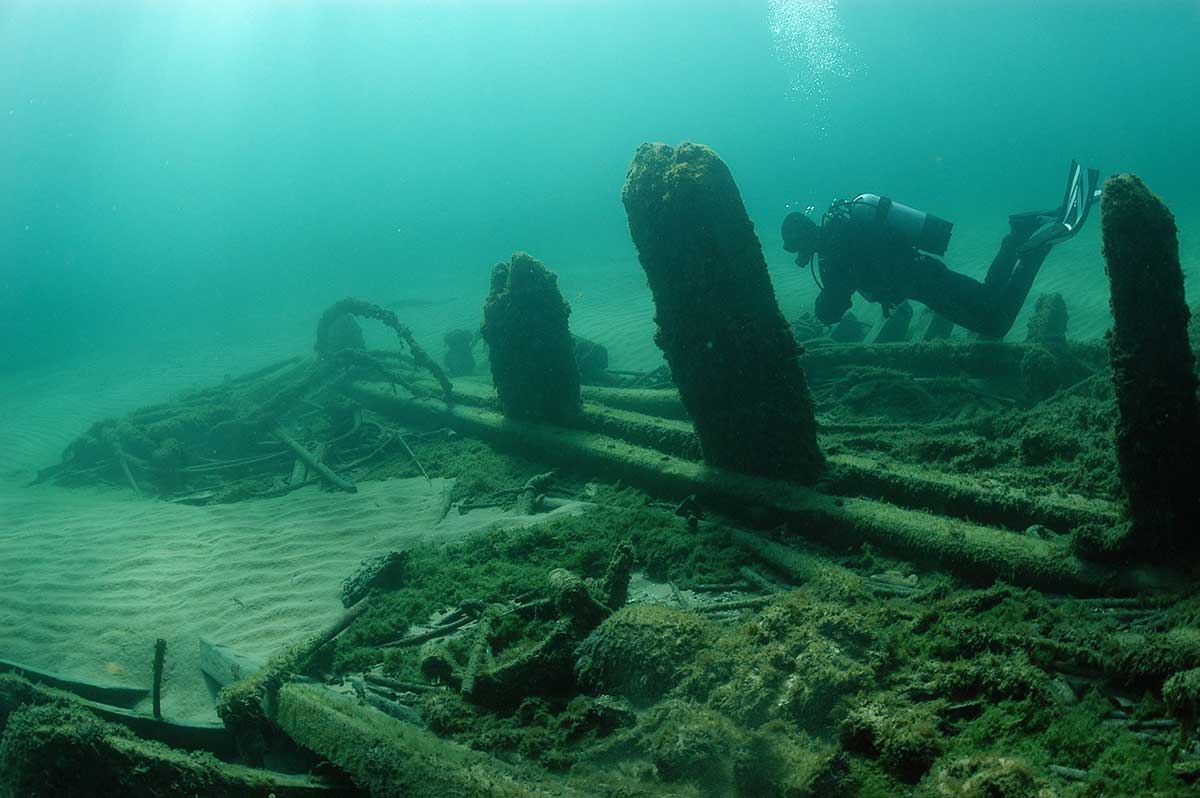 A diver swims along the keelson 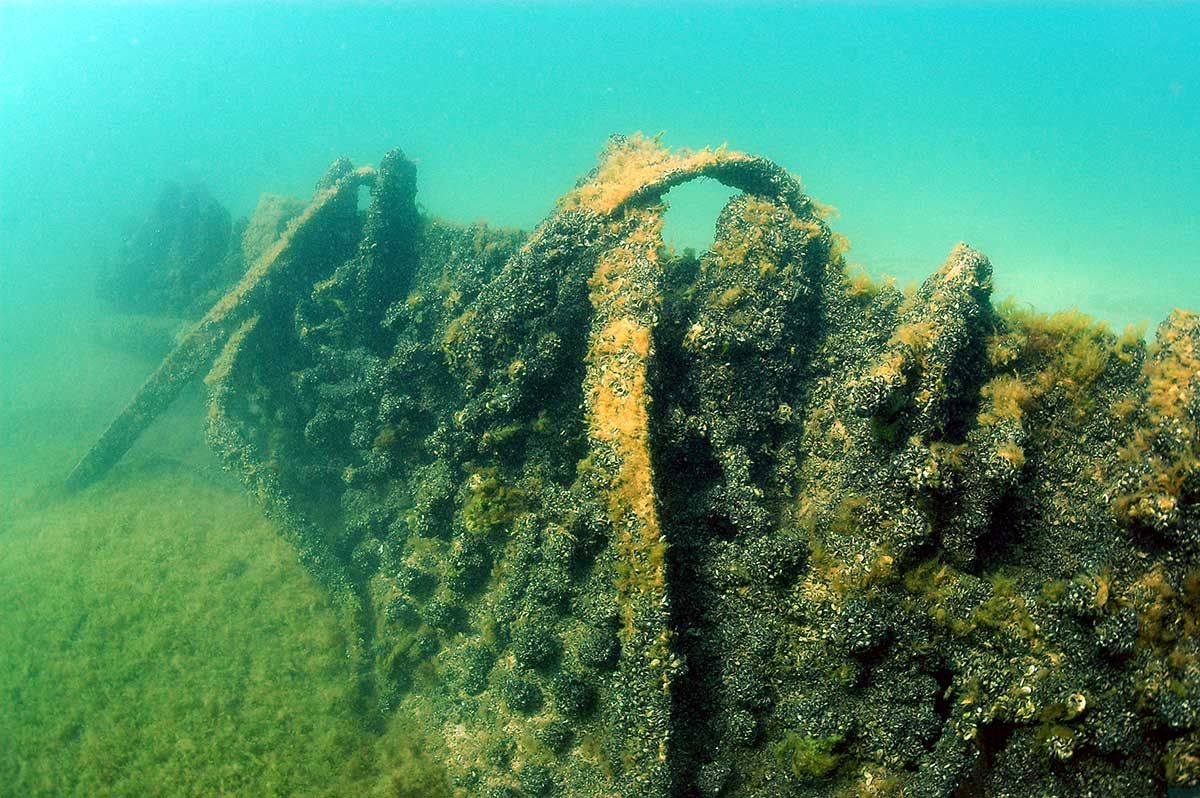 Launched on September 17th, 1884 from the James Davidson shipyard in West Bay City, Michigan. The 285 foot long Australasia was the largest wooden vessel ever built at the time of her launch, she was built for Captain James Corrigan of Cleveland Ohio. During her twelve year career, the Australaisa carried bulk cargoes across the Great Lakes so efficiently she earned a fortune for her owners at a time when wooden vessels were quickly becoming obsolete. Like other Davidson steamers, The Australasia generally towed a large wooden schooner barge as a consort, which gave the wooden vessel a competitive edge over the larger steel bulk carriers that were appearing on the Great lakes.
Final Voyage

On Saturday October 17, 1896, at approximately 6 pm, the crew of the wooden steamer Australasia discovered "a fire beneath the texas on the main deck." The crew abandoned the vessel after a half-hearted attempt to fight the fire, reaching Jacksonport, Wis., that night. At 10:30 pm the tug John Leathem reached the steamer, which was by then about four miles off Jacksonport.
The tug began towing the vessel to shore, but the tow line kept burning through and it was not until 9 am Sunday that the Australasia was dragged onto the beach in fifteen feet of water south of Cave Point. Scuttling was accomplished by ramming a hole in the steamer's side with the Leathem's stem. The steamer was left lying heading northwest by west, and burned until Sunday evening.
Today

The Australasia was declared a total loss, her cargo of coal and machinery were salvaged, but the rest of the hull was abandoned and forgotten until its recent rediscovery. The lower hull lies on a sand bottom in twenty feet of water much of which is buried in sand. No evidence of the cargo of coal is apparent on site, but coal is found on the nearby beach The Australasia wreck site has remained lightly visited by divers and very little site disturbance has occurred.
Map