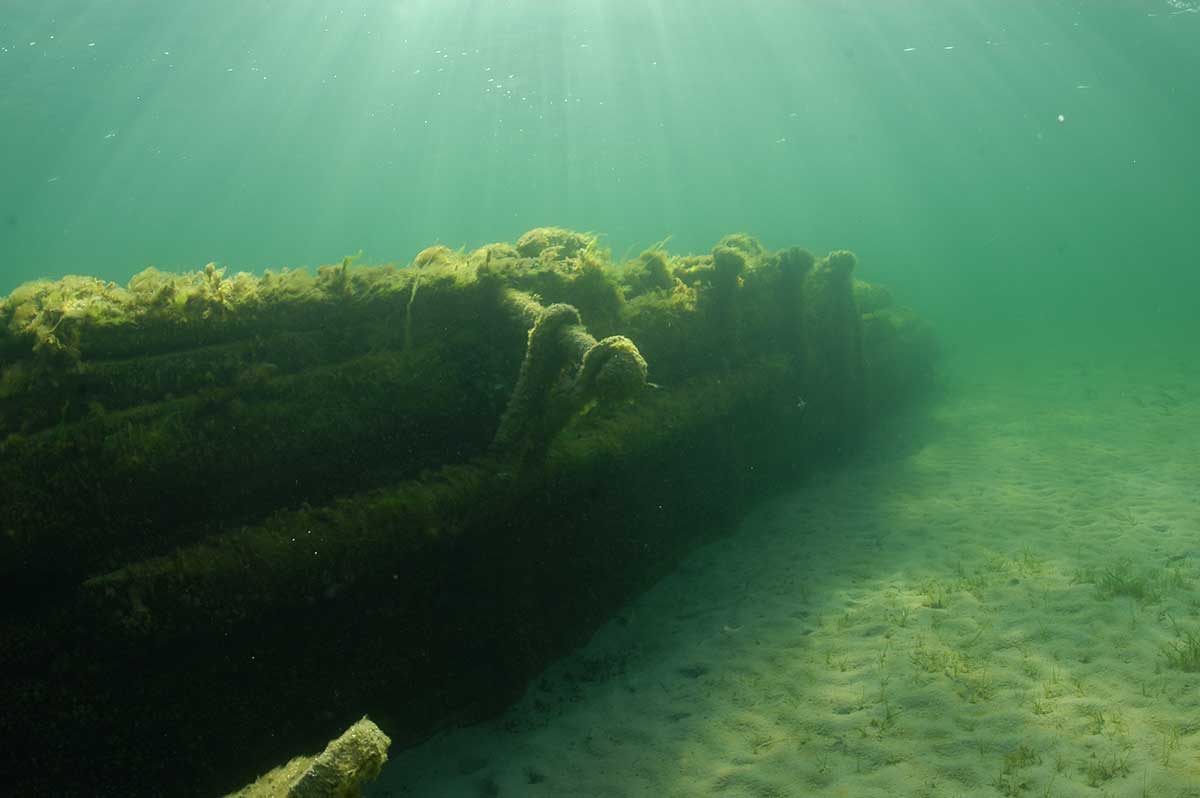 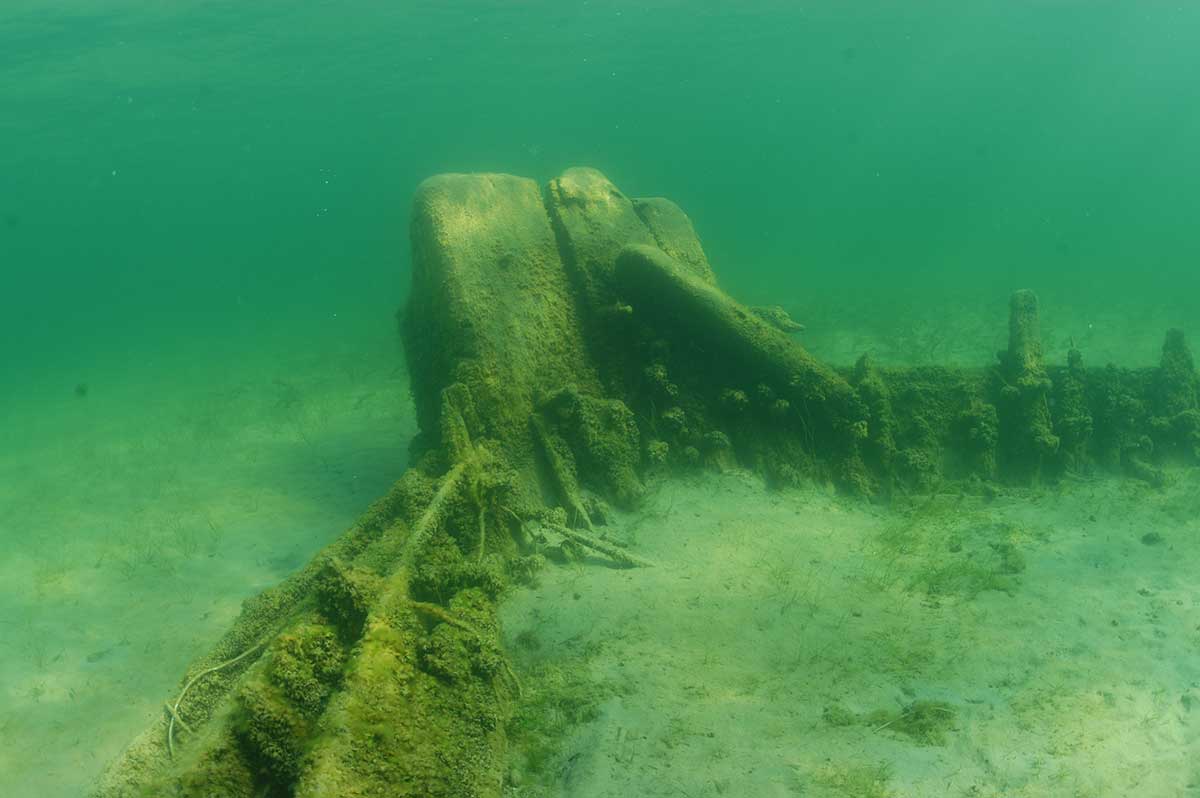 November 18, 1872. The bark Cherubusco was beached in a waterlogged condition in North Bay, Door County, Lake Michigan. Her crew was taken to Chicago by the tug Drake. She subsequently broke up and her owners abandoned the craft.
Today

Historical ID of this wreck is uncertain. The wreck reported to be the Cherubusco lies in the middle of North Bay (Door County) in 8' of water, with the bow pointed SE. Vessel protrudes to within 4" of surface (1988 lake level) and is visible from surface. Hull is largely intact, with stempost, bow, centerboard, board trunk and sternpost (lies somewhat apart from rest of wreck) surviving to original height. Port side is somewhat intact, particularly in the area of the fore chains where the hull had been reinforced. The starboard side is broken away, and along with the vessel's stern is largely buried by light, silty sand; the hull itself is largely buried, protruding from the bottom.