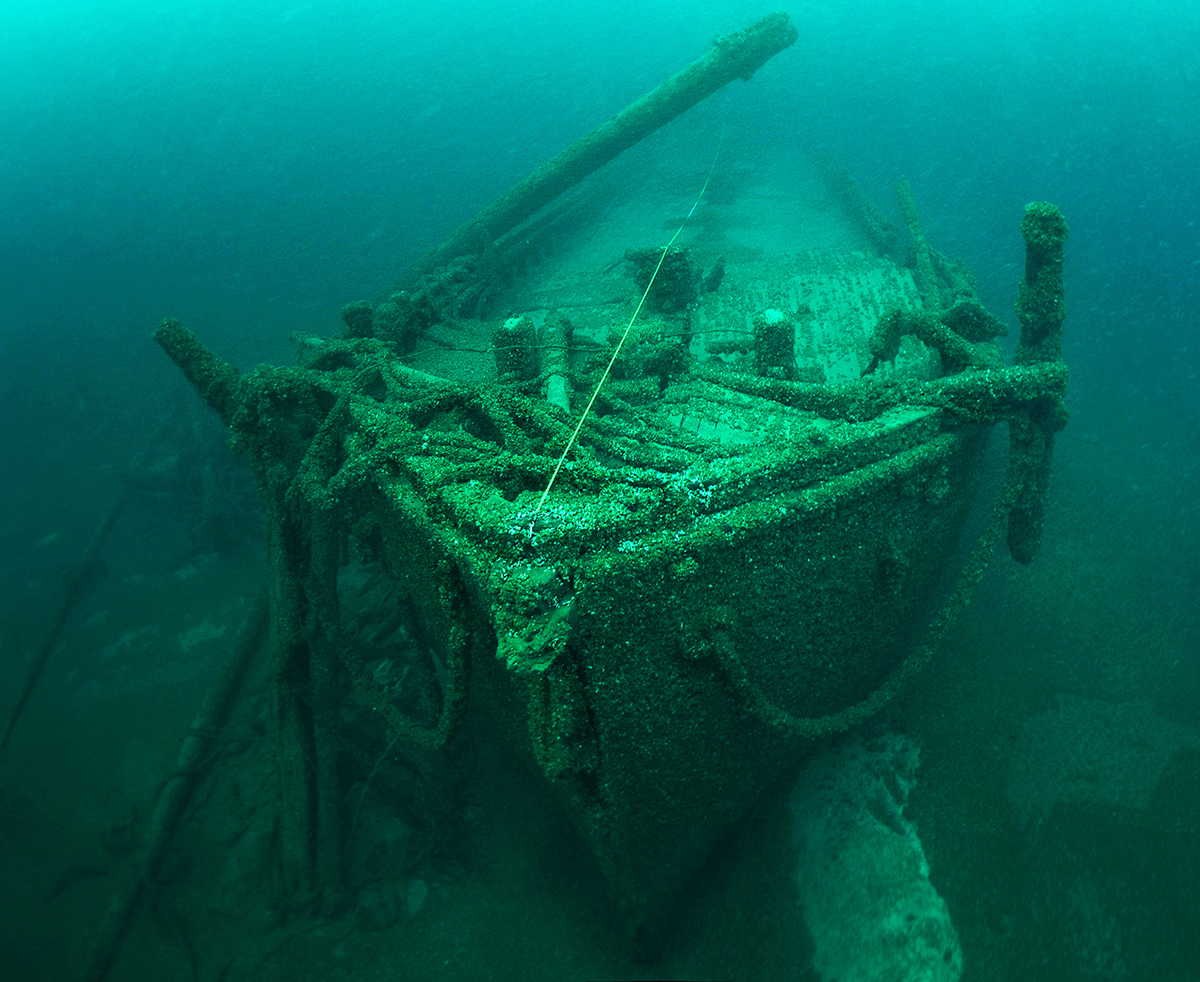 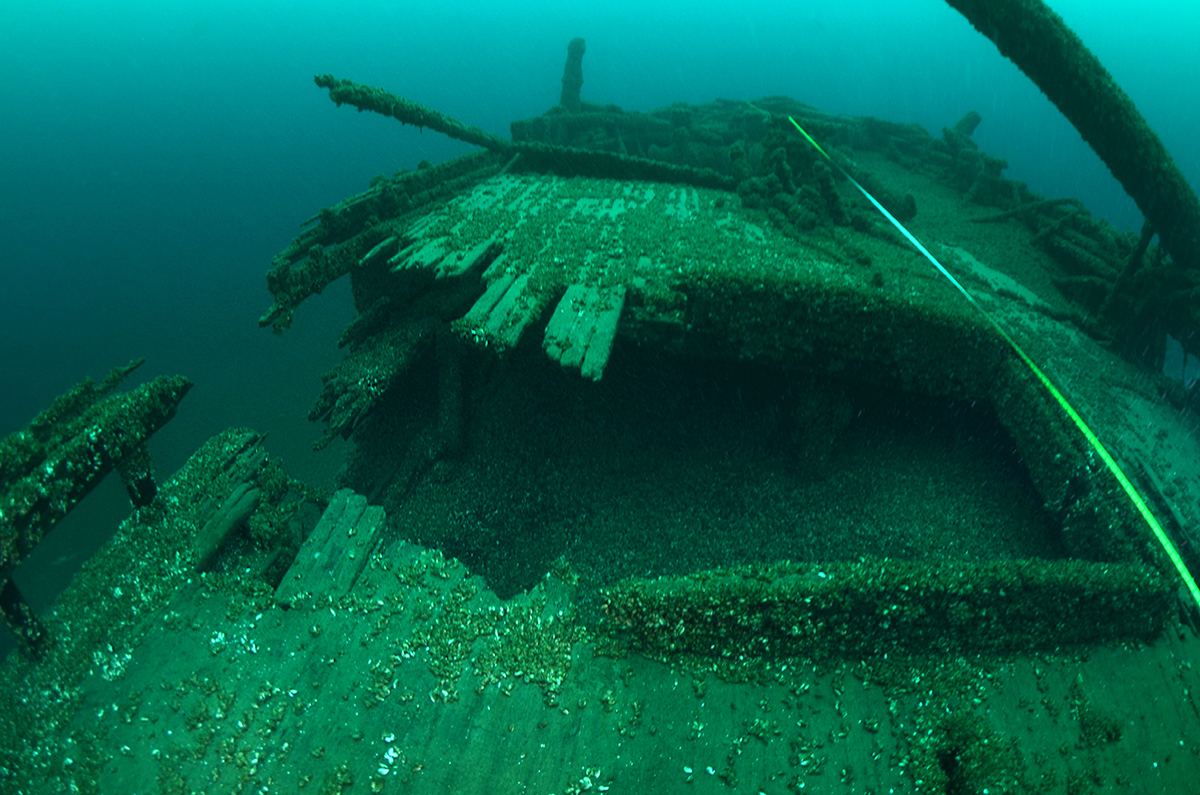 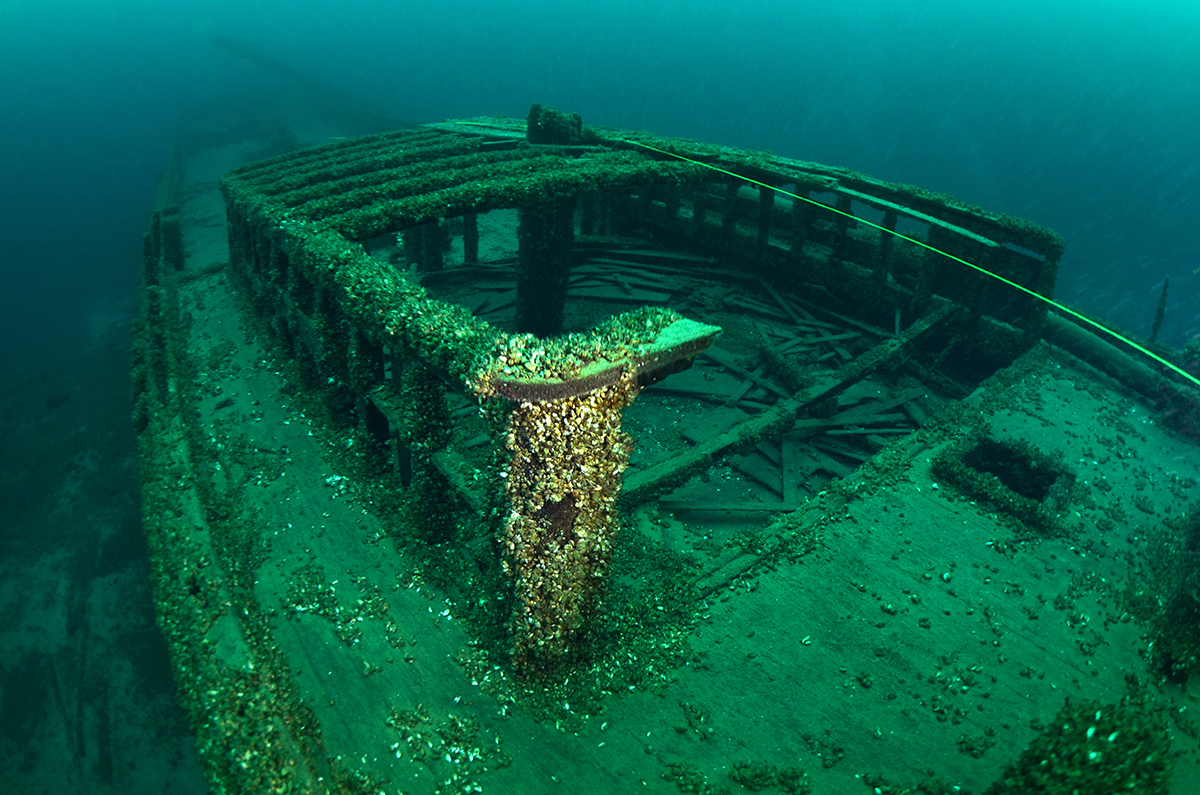 The wooden three masted schooner Grace A. Channon was built as a "canaller" so she could transit the Welland Canal. The Channon was built in 1873 by the shipyard of W.S. Ellinwood and Company and launched into the Saginaw River on July 21st. In 1874 the vessel was valued at $22,999 and rated A1. The canaller was named after the daughter of Henry Channon, one of the people the vessel was built for. Over her four years of service she often carried coal, wheat and was known to carry on occasion corn, lumber, and rod iron.

On 2 August 1877, the Grace A. Channon sank off Oak Creek, Wisconsin after being hit on her port side by the propeller Favorite, as the canaller was sailing toward Chicago, Illinois with a cargo of 600 tons of coal. The steam barge Favorite had two barges in tow and was on the way to Green Bay, Wisconsin. The four-year-old schooner plunged to the bottom of Lake Michigan within five minutes of being struck. Her co-owner, Henry L. Graham and his two young sons, Harry and Alexander, were aboard taking passage from Buffalo to Chicago. Seven-year-old Alexander became separated from his father and was sucked under as the ship sank 16 miles southeast of Milwaukee. Everyone else was picked up by the Favorite.
Total loss: $22,000; Insurance: $12,000.
Today

The wreck of the Grace A. Channon was located in 1985 by Kent Bellrichard and today sits in 205 feet of water on a sandy bottom on an even keel, totally intact. The cabin is intact, which is unusual, meaning that the vessel probably sank slowly allowing air to escape. The masts are broken, and rigging is scattered across the deck.

The ship's wheel, compass and port light are on display at the North Point Lighthouse in Milwaukee.