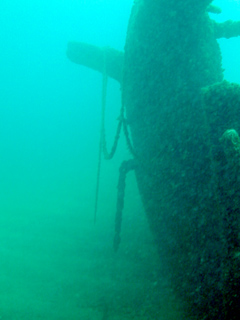 Cathead and chain at the bow 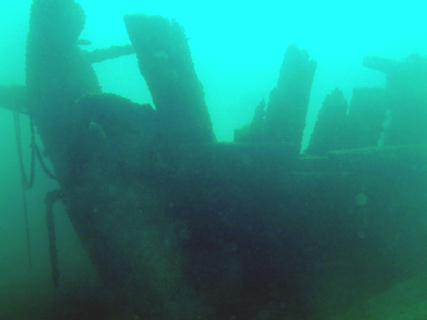 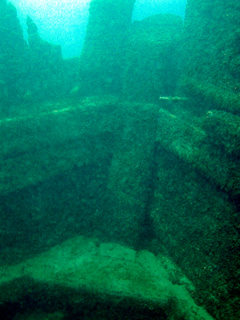 Looking inside out at the bow 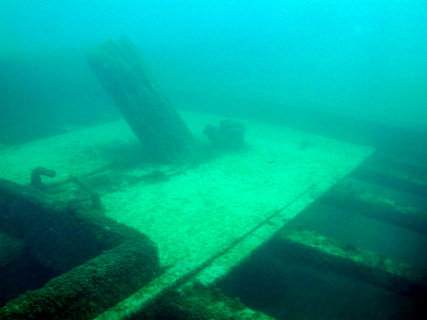 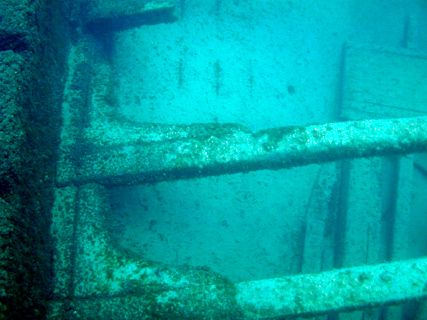 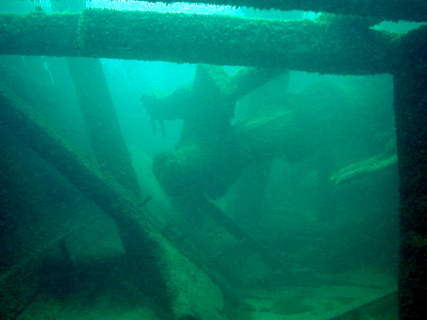 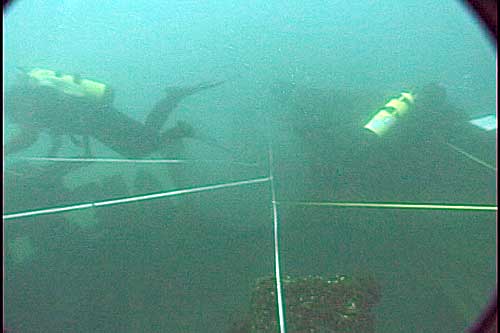 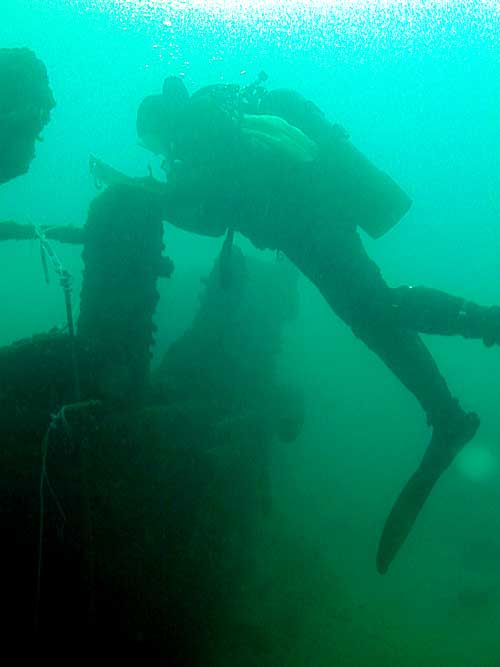 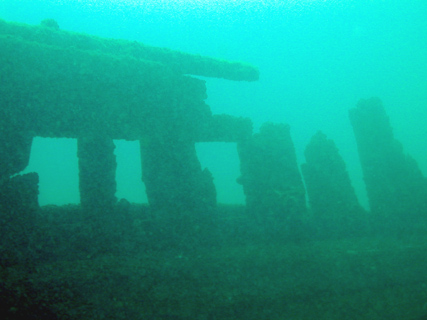 Broken bulwarks near the stern 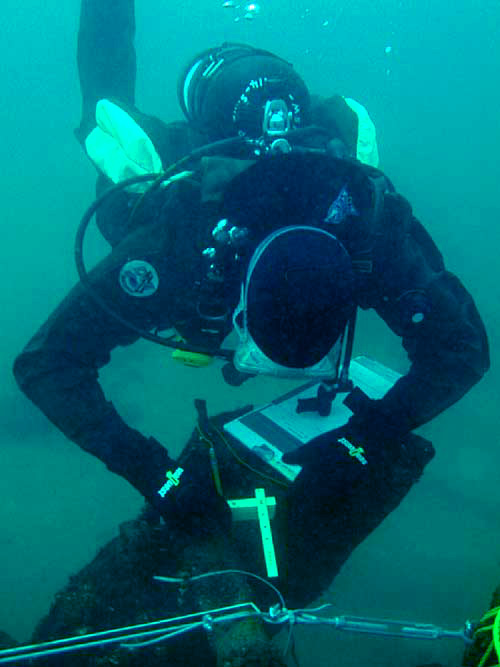 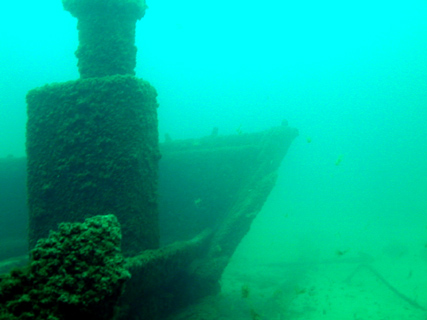 The three masted schooner Lumberman, constructed at Blendon's Landing, Michigan (located on the Grand River) in 1862, was built to serve the Great Lake's expanding lumber trade. She had a long career carrying forest products from isolated logging out posts on both sides of Lake Michigan to major urban centers such as Chicago. For example, the Lumberman carried lumber, bark and shingles from ports such as Lilly Bay and Whitefish Bay to Chicago.

1869, October: Damaged near Chicago by collision with the bark Hungarian.

1874, June: Collided with the schooner Pilgrim.

1883, August: Struck by lightning shattering the mizzen mast and knocking the wheelsman unconscious.

On Captain Orin Vose' first trip as master of the schooner Lumberman, en route from Chicago to Whitefish Bay to load ties for V.& C. Mashek, was caught in a viscous squall. The three masted schooner capsized and sunk in ten fathoms of water about 17 miles southeast of Milwaukee, off Oak Creek, Wisconsin.. The disaster occurred about 3 pm on Friday the 6th of April, 1893. The squall threw the vessel on her beam ends, causing the hull to fill with water. She then righted herself and went to the bottom. Captain O. Vose and two crew members were below deck and barely escaped. The crew climbed into the rigging (water depth was only 65 feet) and were rescued three hours later by the steamer Menominee. and taken to Milwaukee.

Despite the intentions of a Racine tugboat operator, Edward Gillan, the Lumberman was never salvaged. At the end of June 1893, Gillen removed Lumberman's spars, which were a hazard to navigation, but left the hull undisturbed. By late August, Lumberman had become just one mire of thousands of abandoned shipwrecks scattered across the bottom of the Great Lakes.
Today

The Lumberman, resting upright in 65 feet of water was rediscovered in 1983 by Dan Johnson and others after intensive searching. Johnson claimed the wreck through an admiralty court action and removed some of the artifacts. The mostly intact wreck has become southern Lake Michigan's most popular dive site. Along with the impact of divers is the infestation of Zebra mussels and with the natural settling of the hull, there is fear her hull will split open. The bow capstan has begun to settle beneath the deck and it appears the hull is splitting open at the turn of the bilge.