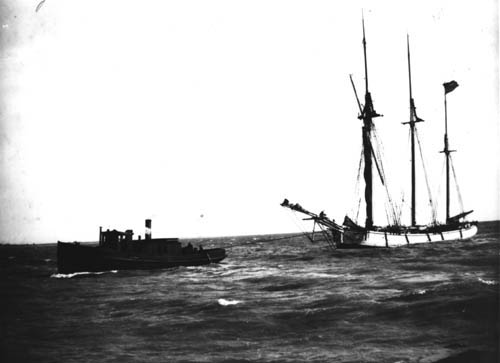 Tug Arctic with a tow 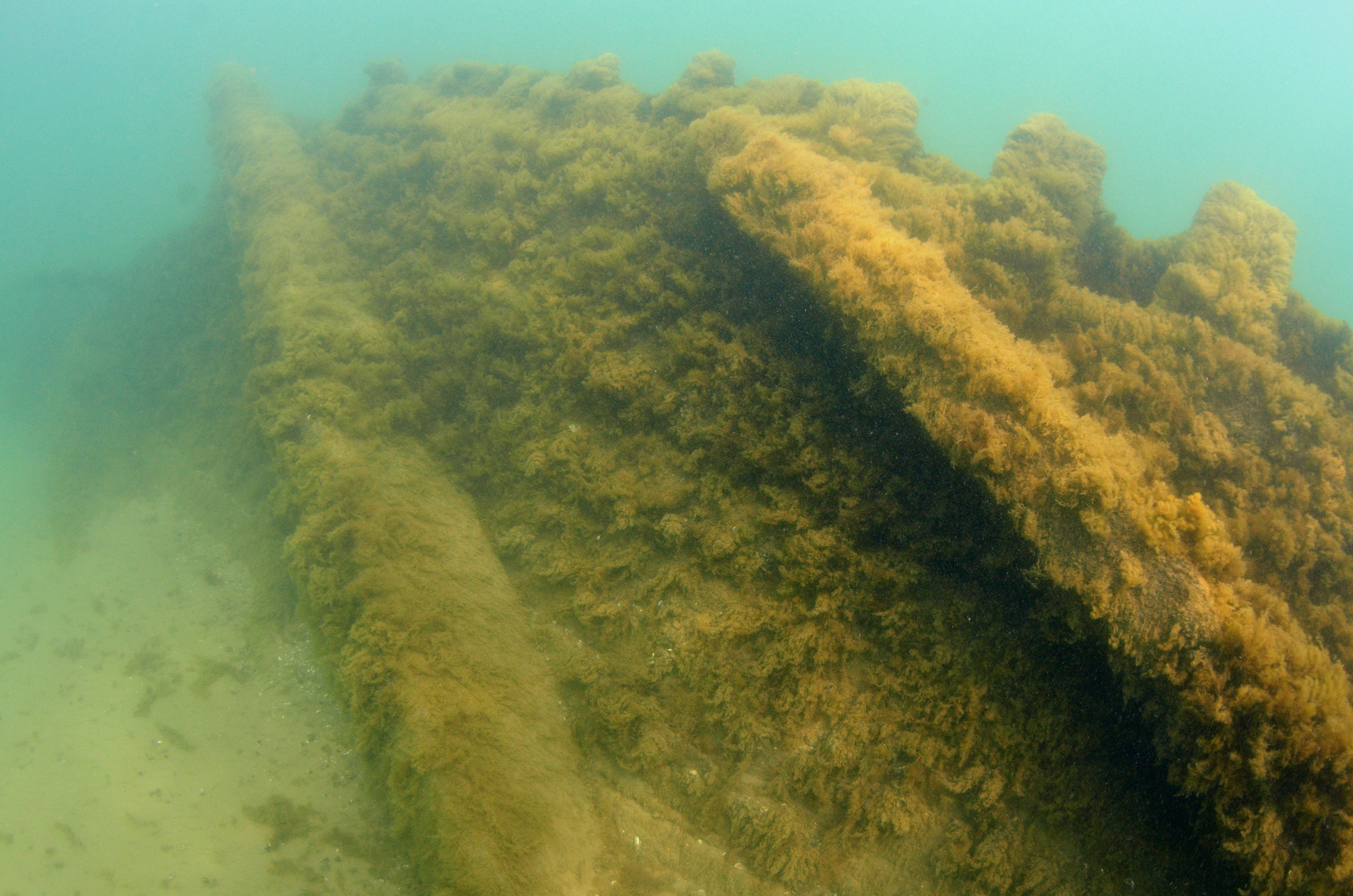 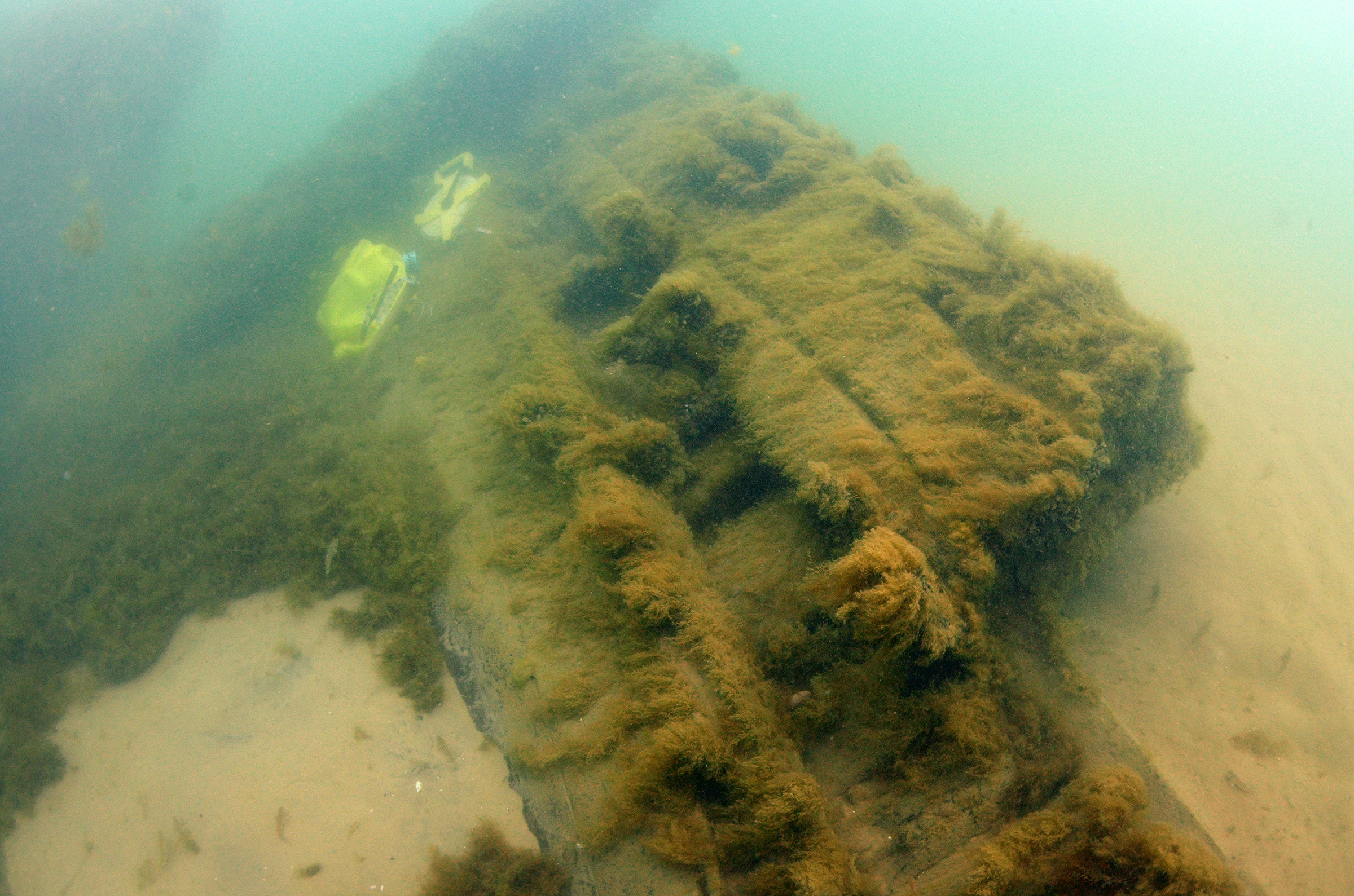 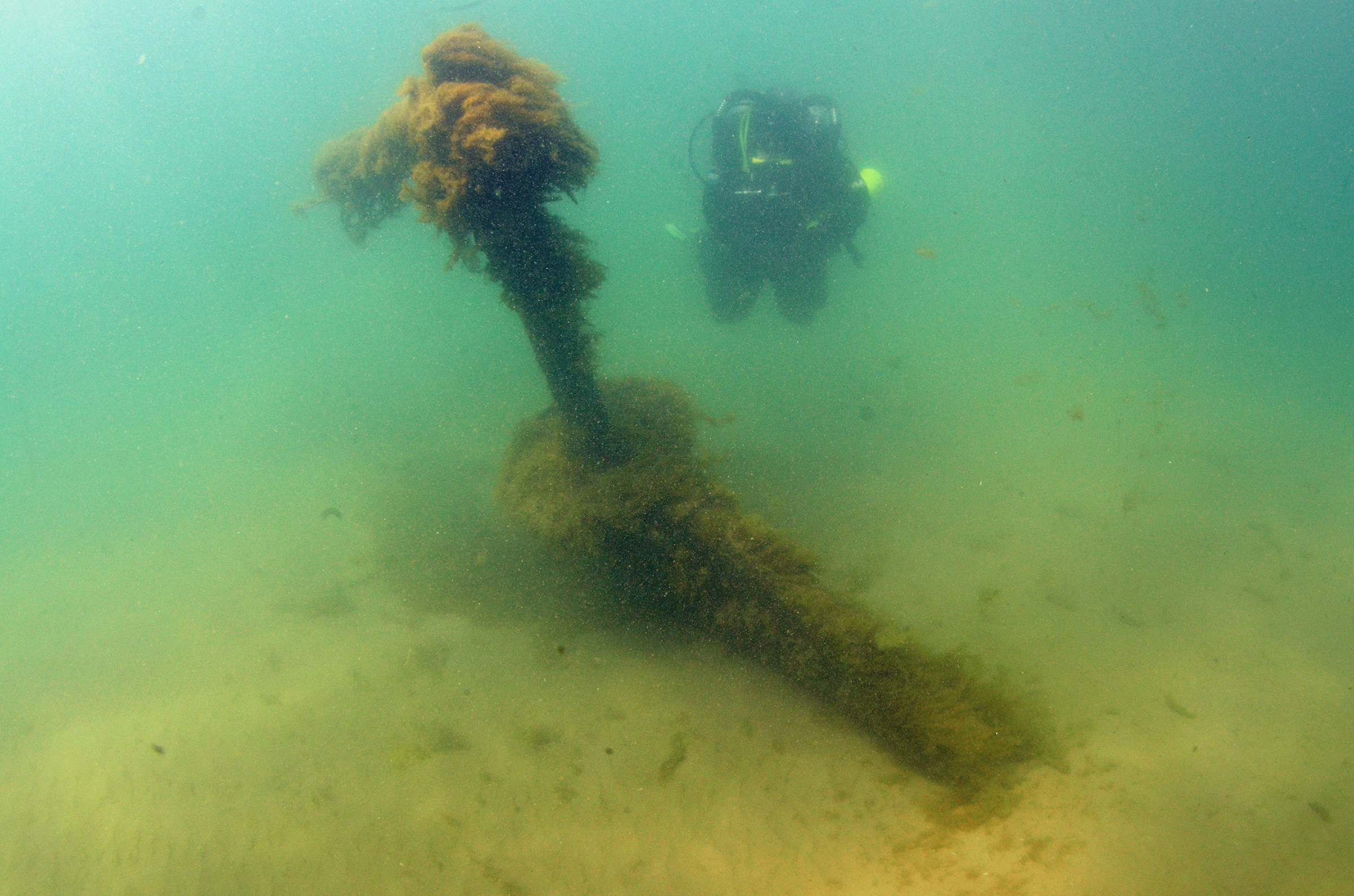 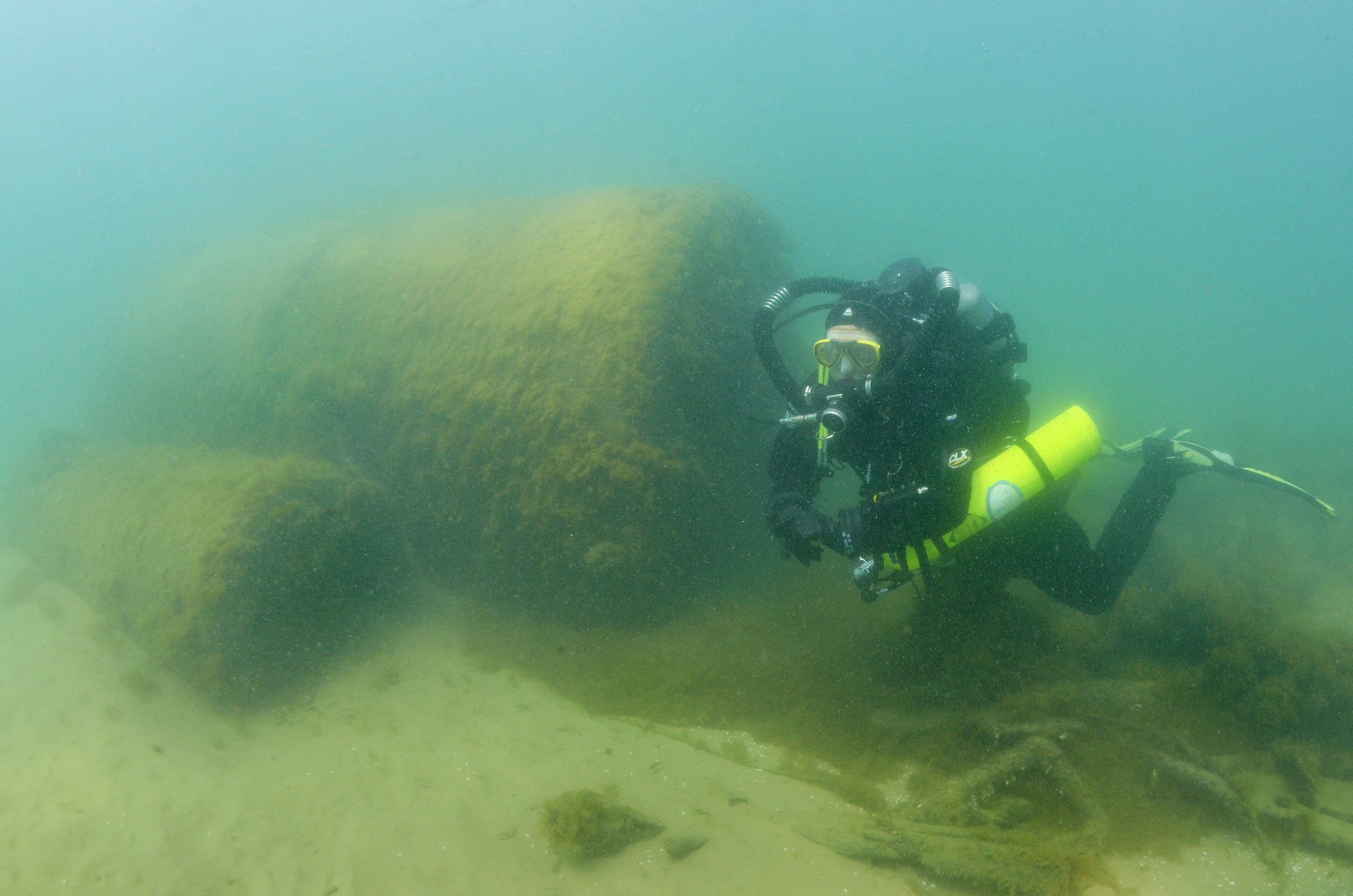 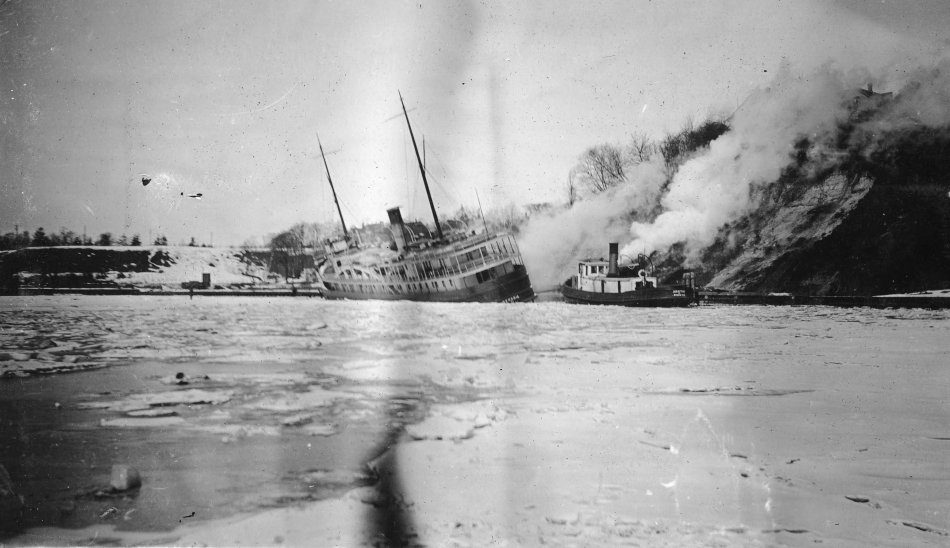 The Arctic was built in 1881 as an ice breaking and harbor tug for the Goodrich Transportation Co. The tug's hull was exceptionally strong and durable so not only did the tug participate in harbor tug duties, it also was used as a wrecking tug, assisting vessels stranded on shoals or in ice. During the summer months Arctic's was stationed in Mantiowoc, Wi where it could assist vessels into/out of/ and around the harbor and river. The tug would be stationed in Milwaukee to keep transportation channels open for Goodrich Steamers during the winter months.
Late in the summer of 1898 Arctic was taken to the Burger & Burger shipyard for a hull extension and complete overhaul. The hull was extended twelve feet increasing its overall length to 76.5 feet with the gross tonnage increasing from 52 tons to 71 tons.
From 1923 to 1925 the tug was stationed in Chicago so it could accompany the popular Goodrich steamers Christopher Columbus and Virginia for towing in the Chicago River.
The Arctic was in service for forty-nine years, the longest continuous service of any vessel that served under the Goodrich Line.
Final Voyage

As the Arctic aged, it required repair and overhaul more frequently. The Goodrich Transportation Company ultimately determined that it had reached a threshold where it would cost more to rebuild the tug than to acquire a new vessel. The Arctic was dismantled and beached north of Manitowoc harbor. On 17 January 1930 the tug’s enrollment documents were surrendered, declaring Arctic beached and abandoned. Arctic, built in 1881, spent forty-nine years servicing vessels in Manitowoc, Chicago and Muskegon.

Manitowoc Herald-Times (1930) paid homage to the tug in an article saying, “to recount the items of service this craft has rendered throughout its life, would fill volumes-- its responses to the four blasts of vessels on the lake in need of help; its assistance to grounded boats; its welcome stream of water on dock property being destroyed by flames; its charges into ice jams that threatened destruction of boats and bridges; and breaking of ice that enabled navigation to continue—all are legion in number, and no man can recount them all."
Today

Partially covered by sand 1.5 miles northeast of the Manitowoc Harbor light, town of Manitowoc, the tug Arctic lies in 10-15 feet of water on the bottom of Lake Michigan. The vessel lies in two large pieces 800 feet apart. The southern section contains the rudder, bilge structure and boiler, while the stempost and much of the upper hull structure remain intact further north. The bilge portion of the tug lies approximately 100 yards north of the Francis Hinton wreck in fourteen feet of water.