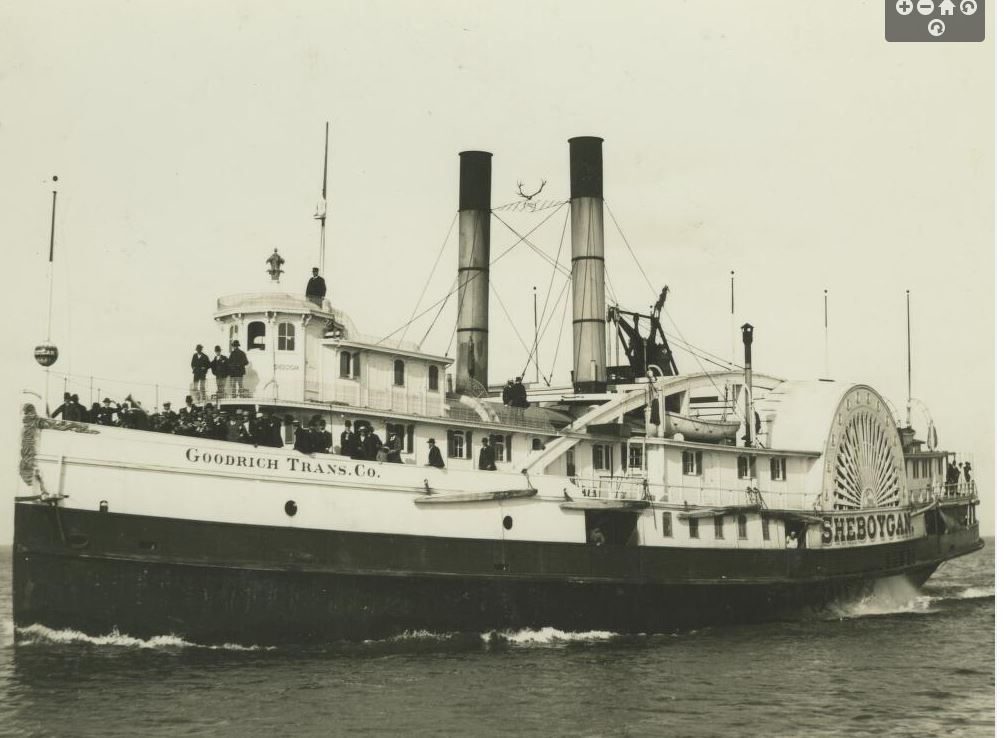 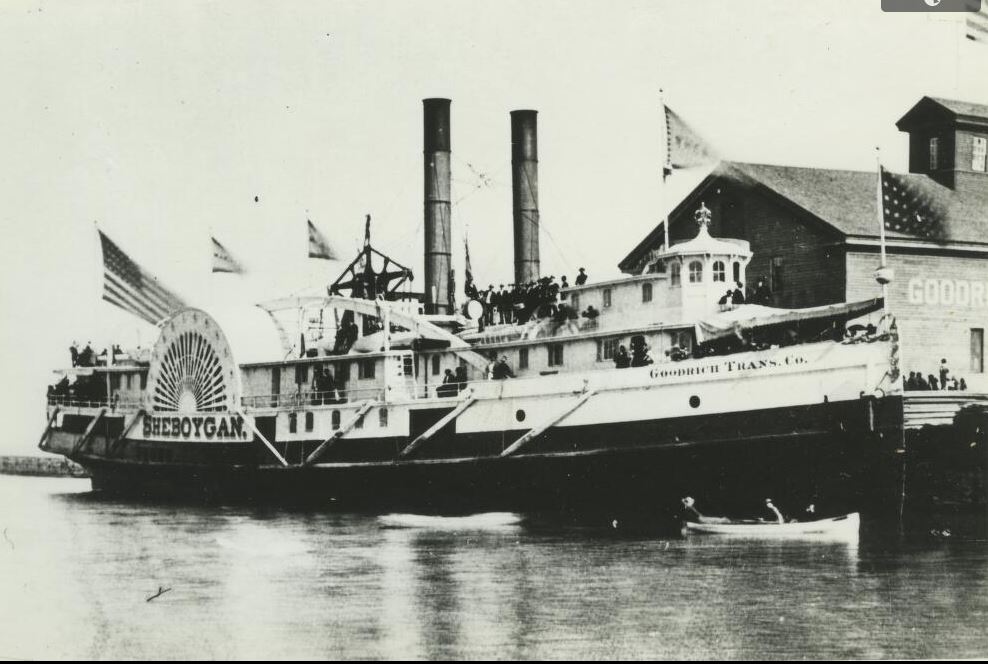 "The sidewheel combination passenger and package freight steamer Sheboygan was of oak construction and was widely acclaimed to be the finest sidewheeler of its time. It served almost all of its days on the west shore of Lake Michigan." "Launched in 1869, the Sheboygan remained in service for Goodrich until July 10, 1914, although much of the vessel's last two years were spent moored in the river at Manitowoc." "The Sheboygan was a very popular boat with the traveling public and carried many thousands of people out of Manitowoc and other west shore ports."
Final Voyage

"On Thursday, 9/24/1914, the sidewheel steamer Sheboygan of the Goodrich Transportation Co. was towed out of Manitowoc Harbor, beached two miles north of Manitowoc, and intentionally set ablaze after removing her machinery and everything else of value. After being set afire at 4:25 in the afternoon, the vessel burned for most of the night. The blaze was reportedly visible for 50 miles."
Map