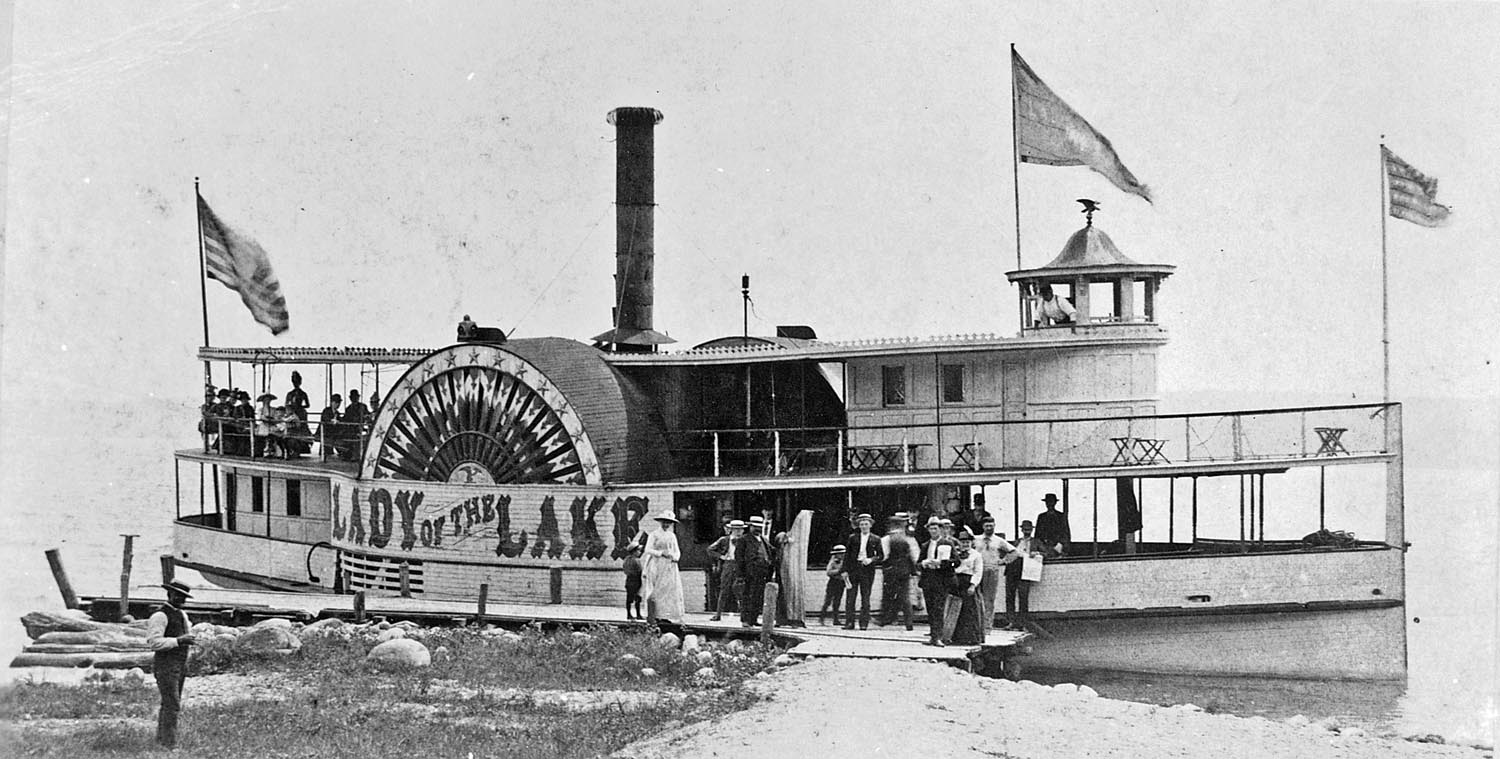 "On May 10,1873, the vessel (Lady of the Lake) was launched. A successful trial was made on May 19, and from that time until the twenty first of October, the vessel was engaged in regular trips around the lake as well as special excursions.

The following winter, the Lady was lengthened sixteen feet, and then could carry more than two hundred passengers. By 1882 the vessel was so heavily used she was in considerable disrepair. Hauled from the water that winter, she was completely refurbished... the vessel was then ninty feet long and could reach a speed of sixteen miles per hour." Larkin 1972: 18-20.
Final Voyage

"In 1893, having served her purpose, the Lady Of The Lake was taken to the Lower Duck Hole... there the superstructure was removed, the hull filled with rocks, and in December she was towed out and sunk off shore from the Country Club." Larkin 1972: 18-20.

In July of 1896 the hull was towed into deeper water where she remains today. An other account states that in 1892 she ended up at the Napper boat factory and was going to be used as fire wood.
Today

"The Lady of the Lake is another paddlewheeler, resting in only 35 feet of water. The hull of the boat is 95 feet long. Ribbing sticks out with some decking; you can look in on it but can't go inside."