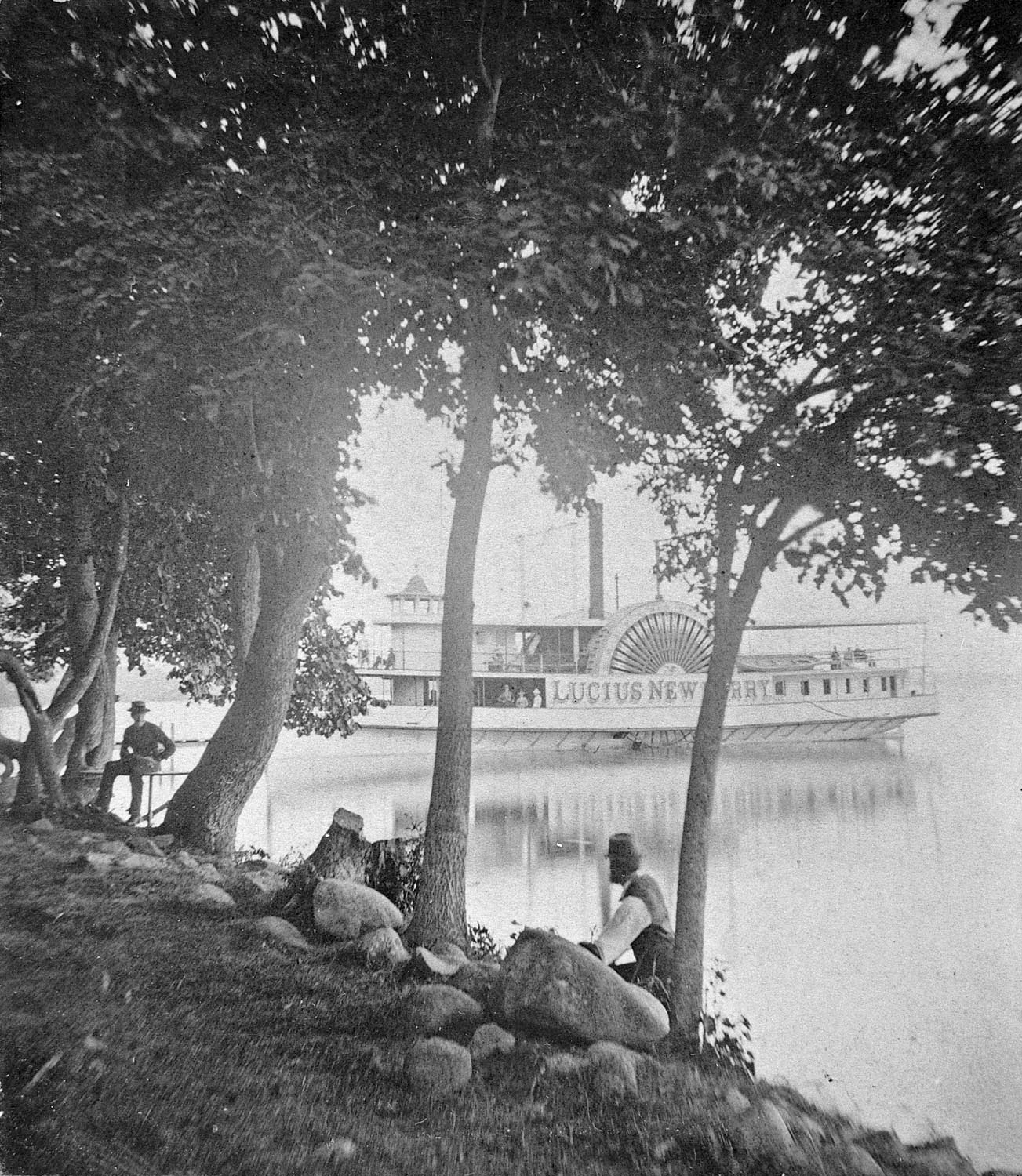 The Lucius Newberry was Lake Geneva's more exquisite sidewheelers "complete with a luxurious decor that included crystal, brass and polished fixtures, and even oil paintings." Built by John French, one of the largest on Lake Geneva, she could carry up to 700 passengers, was constructed at a cost of $16,000. The
Map