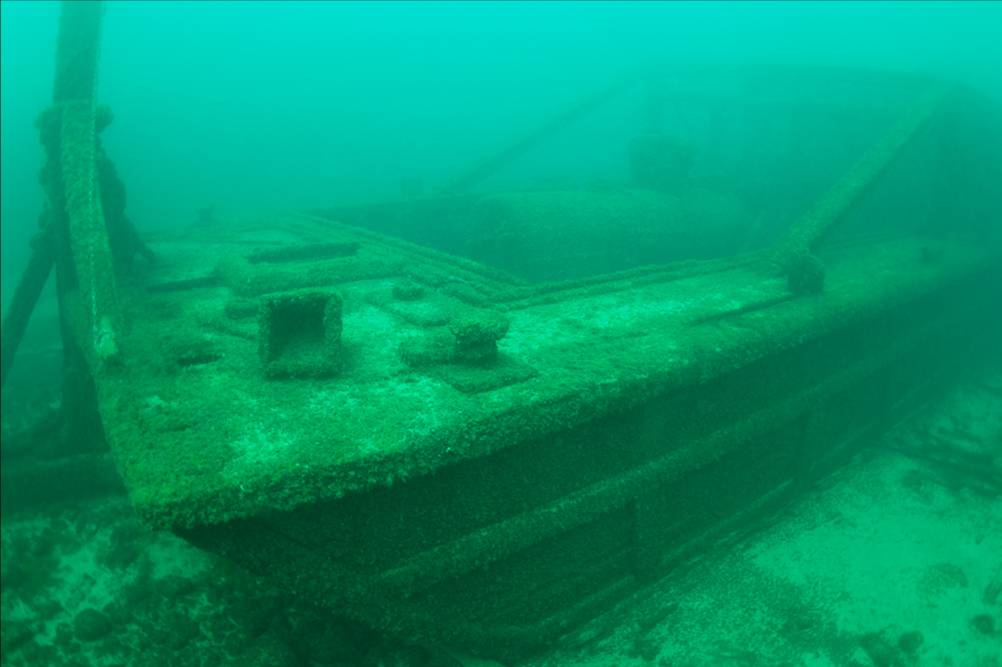 The Algoma was a steam dredge owned by the McMullen & Pitz Sand and Gravel Company. The dredge had a large crane and steam machinery.
Final Voyage

November 18, 1919 while in tow of the tug Arctic along with two dump scows, the McMullen and Pitz dredge Algoma encountered difficult weather off of Cleveland, Wis. between Sheboygan and Manitowoc. The heavy seas rolled over the dredge and swamped it. The five crew men made it to the tug Arctic, cut the dredge free and watched it sink in 85 feet of water.
Today

"The vessel lies in 85 feet of water, mostly intact, a large crane boom extends the length of the vessel. The site has many associated artifacts, large cleats, gears, boiler and other machinery."
Map