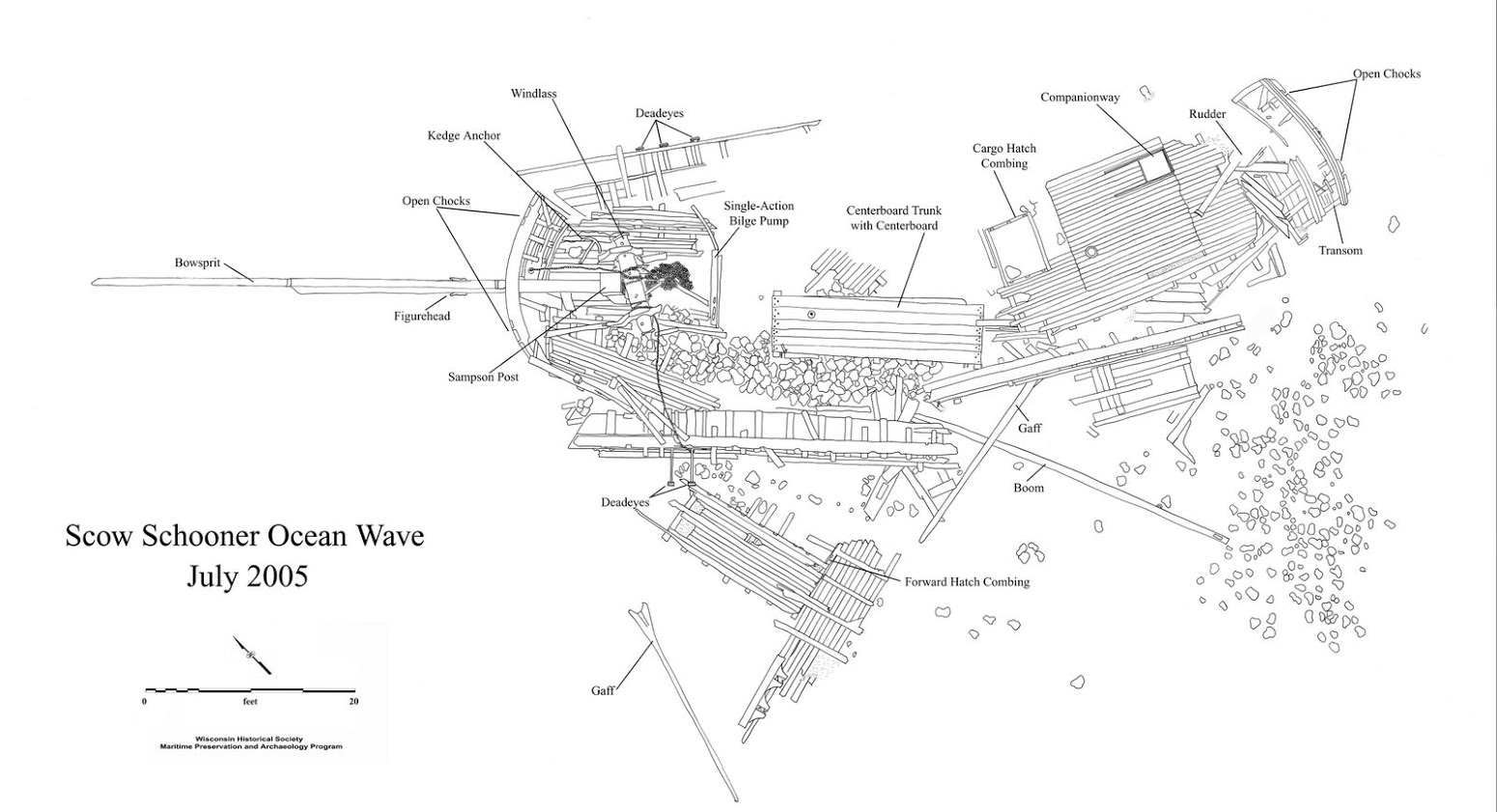 The Ocean Wave was built in 1860 as a two masted scow schooner at Harsens Island, MI. She was built with an unique eagle figurehead, which is rare for a Great Lakes vessel. For eight years Ocean Wave's port of hail was Harsens Island and she was used in maritime trading. In 1869 she was sold and moved to Lake Michigan where she carried various cargos including limestone.
Final Voyage

"On September 23,1869, the Ocean Wave took on 23 cords of stone at Mud Bay in Door County for delivery to a harbor improvement project at White Lake, Michigan. Out on the lake about 5am, the heavily loaded scow hit a piece of floating timber, producing a horrific leak. The shattered craft sank in a mere 20 minutes. The panicked crew abandoned ship and began rowing the lifeboat toward shore, having escaped with only the clothes on their backs."
Today

"The Ocean Wave lies in 110 feet of water two miles off Whitefish Point, Door County, Wisconsin. The vessel rests upright on the lake bed with its lower hull embedded in sand. The sand moves about the site from year to year, covering and uncovering different hull structures, rigging, and cargo. Overall, the site exhibits excellent preservation with major hull sections intact, including the bow and stern ramps and stern cabin. Much of the remaining hull structure above the turn of the bilge is broken into hull sections and somewhat scattered on the lake bed, but all hull sections are represented." "Structures with both significant relief and laying flat on the bottom are entangled in commercial fishing net."
Map