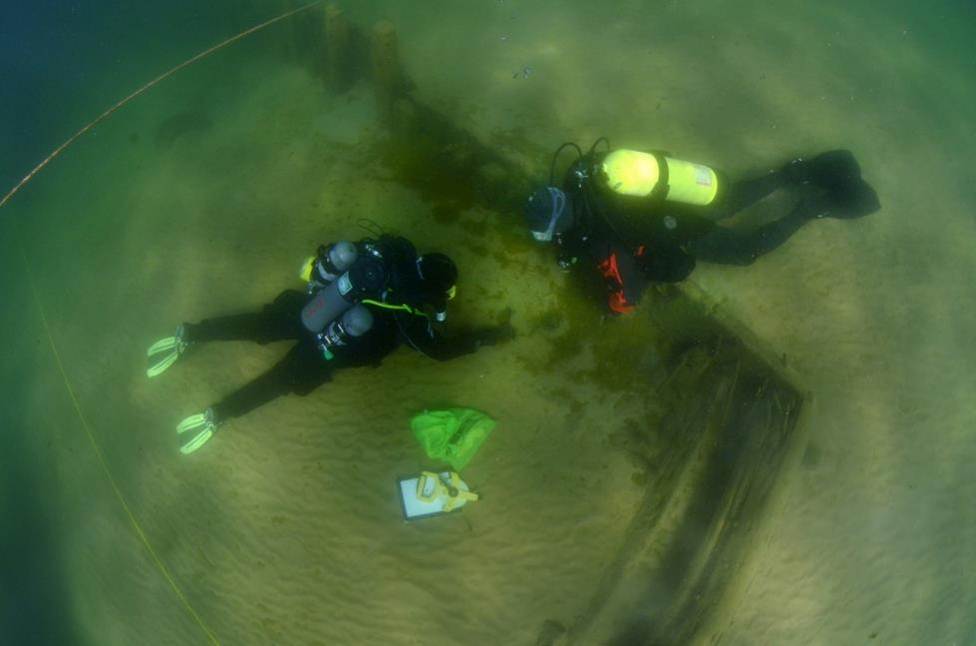 Archaeologists investigate the bow and port side of the Success 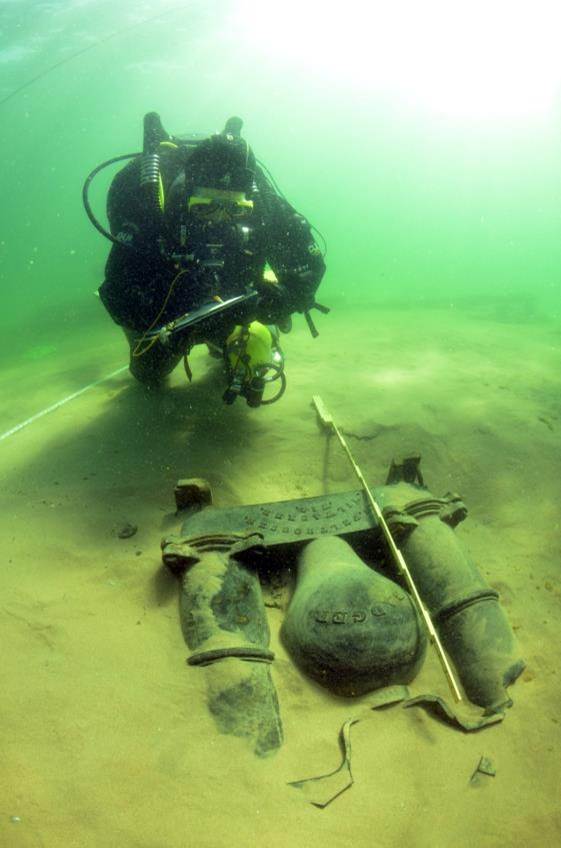 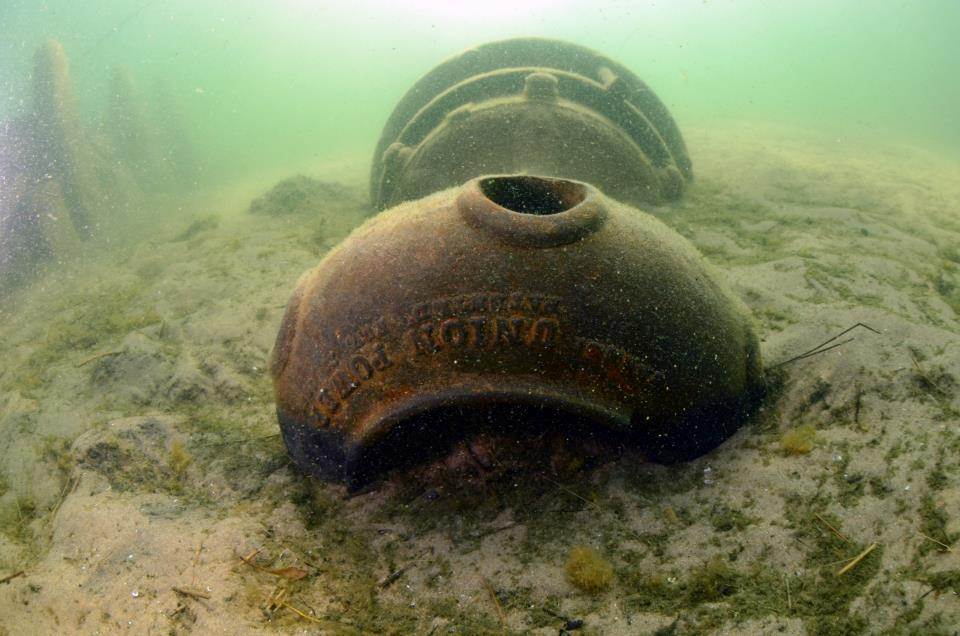 ."threatened to go to pieces while riding at anchor during a storm from the southeast, crew slipped the chain (cables) and drifted on the beach on November 26, 1896... north shore of Whitefish Bay" Late in the evening on 22 November 1896, Success arrived at Whitefish Bay to pick up a load of lumber for Christen Olson, her former owner. A southwest gale was building and the Success untied from the pier to wait out the storm at anchor. By Thanksgiving day, the 26th, the storm had worsened, and she had began leaking so badly her pumps were unable to keep up. A distress signal was displayed and shortly thereafter, she slipped her cables and was driven ashore. All the shipwreck victims were rescued, the cargo later salvaged but the vessel was a total loss. Over the winter, Success' hull was broken by the ice and covered by sand before her machinery or rigging could be salvaged.
Today

Partially covered by sand in Whitefish Bay, 500 feet south of Whitefish Dunes State Park, the Success lies in eight feet of water. Nearly all of her hull structure, artifacts, and some rigging, remain intact beneath the sand.
Map