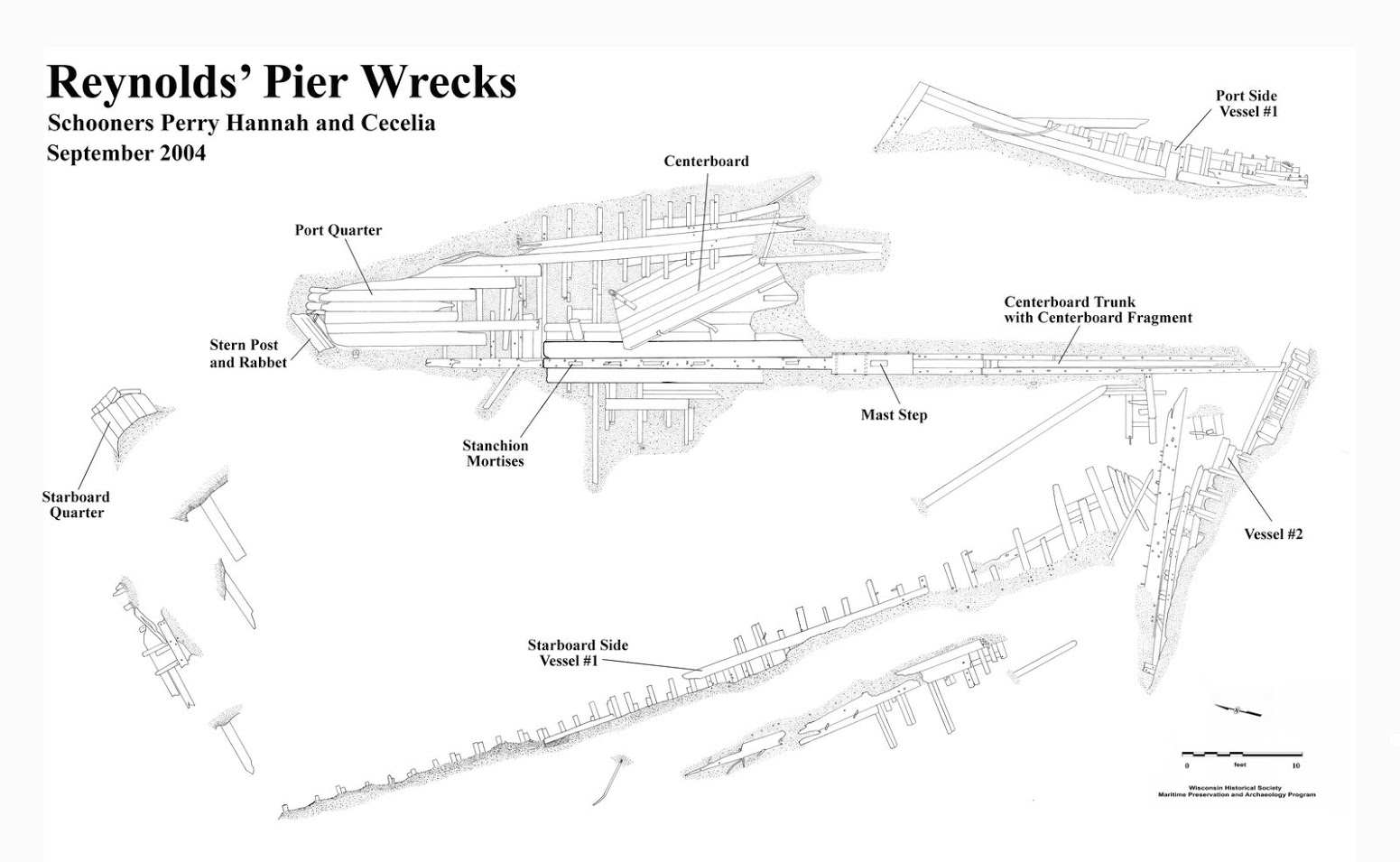 July 1875: A crew member was lost overboard between Jacksonport and Chicago.

May 1876: While ladden with cedar posts, she was ashore at Plum Island. The steam barge Annie Laurie attempted to release her without success. Perry Hannah managed to release herself later.

During the same severe gale of 10/16/1880 that sank the Goodrich steamer Alpena, the schooner Perry Hannah was driven ashore at Jacksonport. The vessel which was loaded with hemlock ties, demolished Reynold's pier as she went ashore causing $2,500 worth of damage, eventually coming to rest in eight feet of water between the piers. The deck load of ties was blown ashore.

"At Jacksonport the schooner Perry Hannah is lying sunk between the bridge piers with her hold full of water". Milwaukee Sentinel 10/19/1880.

The wrecked schooner was later removed from her original position and hauled alongside the pier and the ties taken out of the hold and loaded onto the schooner Felicitous.
Today

The vessel Perry Hannah rests in 6' of water and intersects the wreck of the Cecilia; about 1/2 is extant. Wreck is broken and scattered; consists of 100 feet exposed keel and the disarticulated but largely intact centerboard trunk (2'5" x 5'8"); the pivot assembly is missing. A keel timber attached to the bottom of the trunk has a butt joint at the aft end & is broken 7' past the forward end. The vessel was salvaged.