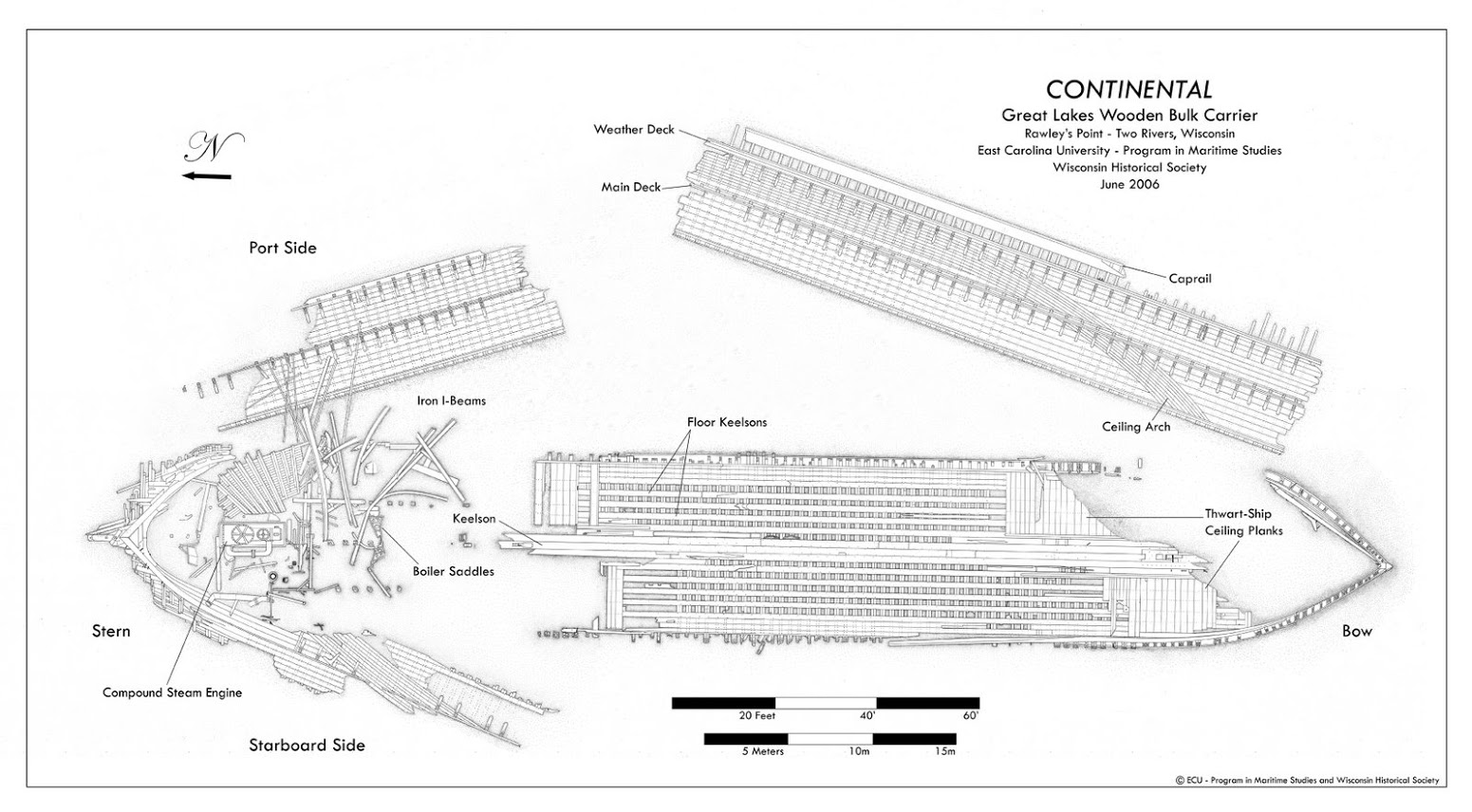 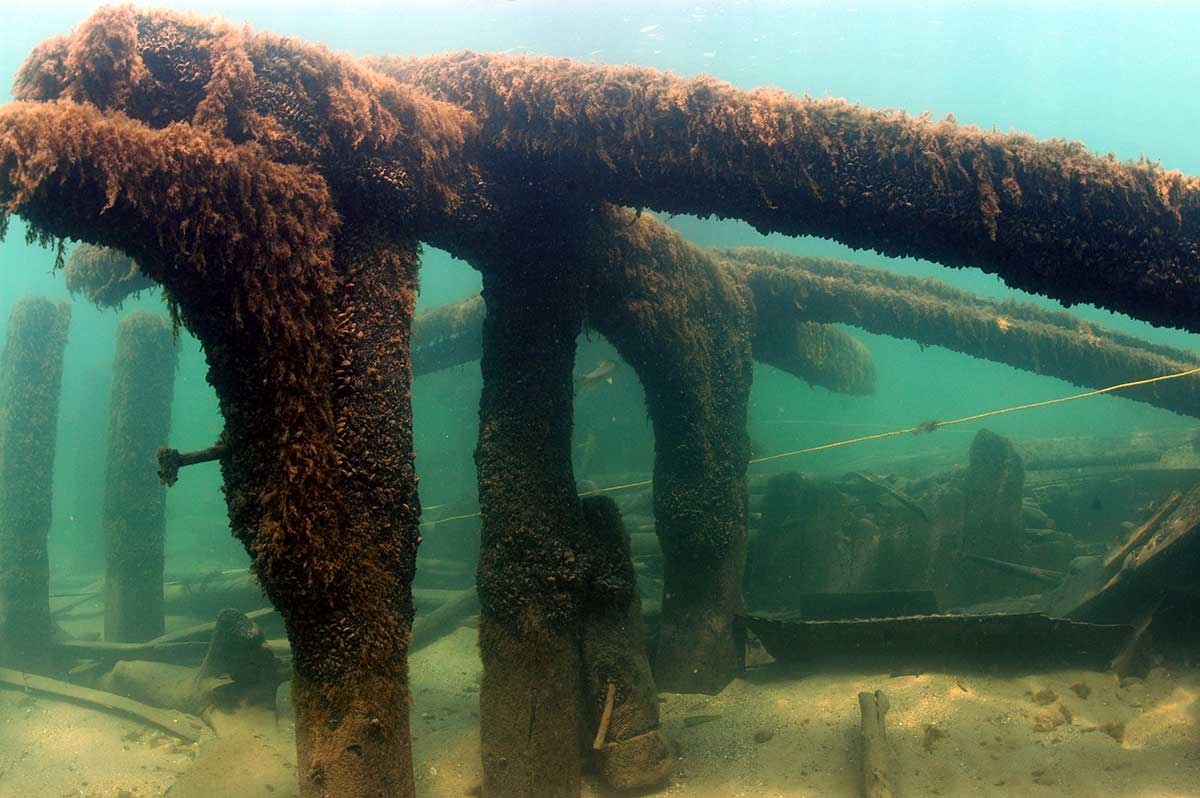 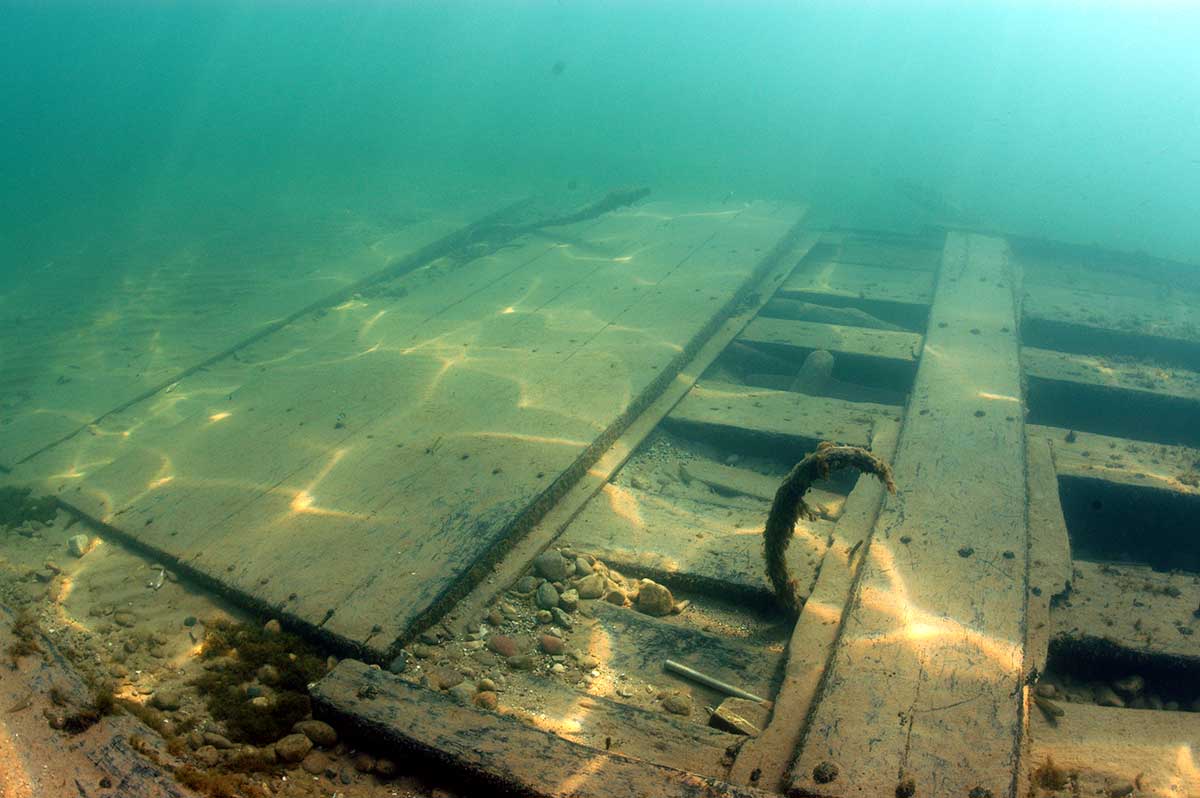 The wooden bulk carrier Continental was designed to transport bulk cargoes such as iron ore and coal. The working life was typically runs between Cleveland, Ohio, and Marquette, Michigan.

Most years no serious damage was encountered outside of broken tow lines from ice cutting them or assisting in pulling a stranded vessel free. The most serious incident happened in April 1890 when a fire broke out. The forward cabins were totally destroyed, holes burned thru the deck, and the capstan and forward mast received some damage. Damages amounted to $2,000 and were repaired. The only other incident was some rigging damage caused by ice in November 1891.

On the night of December 12-13, 1904, the Continental was traveling past Two Rivers, Wisconsin, on its way from St. Ignace, Michigan, to the Manitowoc Dry Dock Company in Manitowoc, Wisconsin, in order to dry dock over the winter for major repairs and service. A blinding snowstorm arose and the ship missed its course change around Twin Rivers Point and steered in a westerly direction instead. The Continental was travelling light (empty) without any consorts, therefore her wooden hull rode very high in the water. This fact allowed her to closely approach the sandbars off Rawley Point Lighthouse. When the ship did strike a sandbar, she was pushed high onto it because of her speed. Her twenty crew members were able to make their way to shore safely with the help of local fishing boats, and none of the crew was lost or seriously injured. The Continental did not immediately break up, and as less violent weather set in, attempts were made to dislodge her from the sandy bottom. The Arctic out of Manitowoc was the first to attempt salvaging and later the Reid Wrecking Company out of Port Huron, Michigan, got involved. But these attempts did not work and winter set in. The winter proved to be too great for the Continental, ice filled the hull and she began to break up. The locals helped themselves to everything removable including dishes, clothes, food and the coal for the boiler.

On December 8th, 1905, the Continental was declared a total loss.

The engine of the ship was visible on the lake at one time and marked what was left of the ship for a long time.
Today

The Continental sits in 0 to 14 feet of water on a bed of fine sand with her frames and decking sticking out of the bottom. The shifting sands bury and uncover various portions of the wreck. You will find components spread all over the sandbar; her hull lies mainly in one large area with much of her machinery buried, her engine lies upright within a foot of the surface.