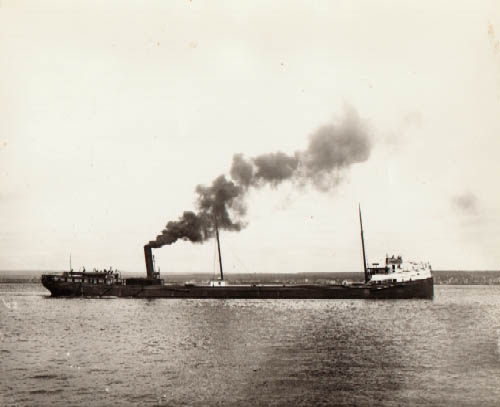 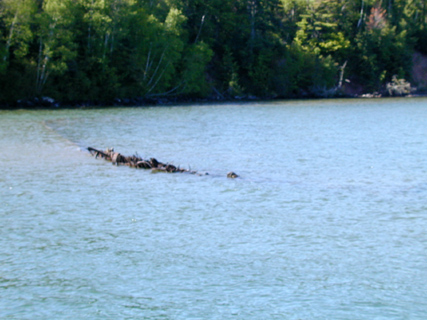 Fedora clearly visible from the surface 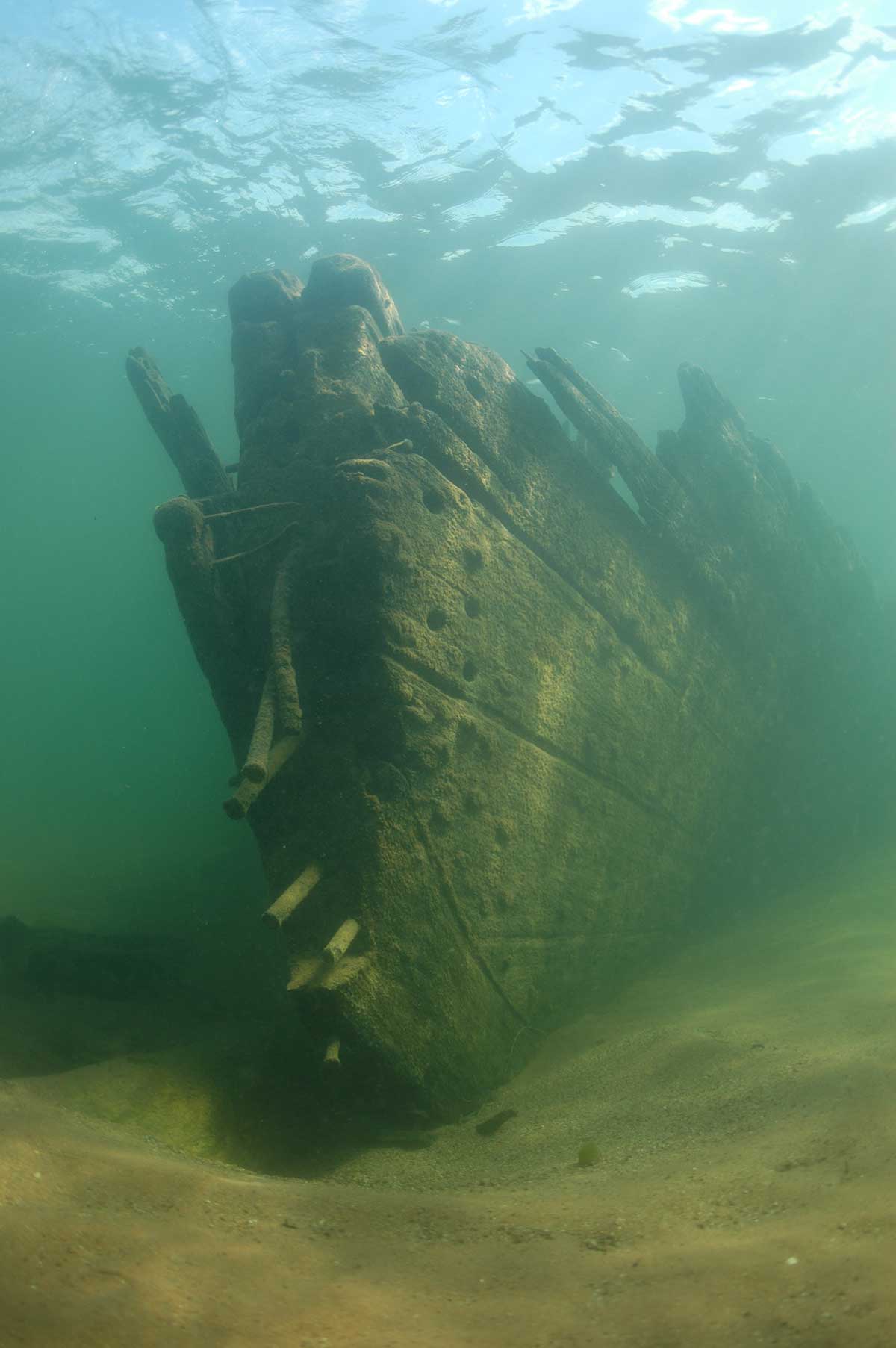 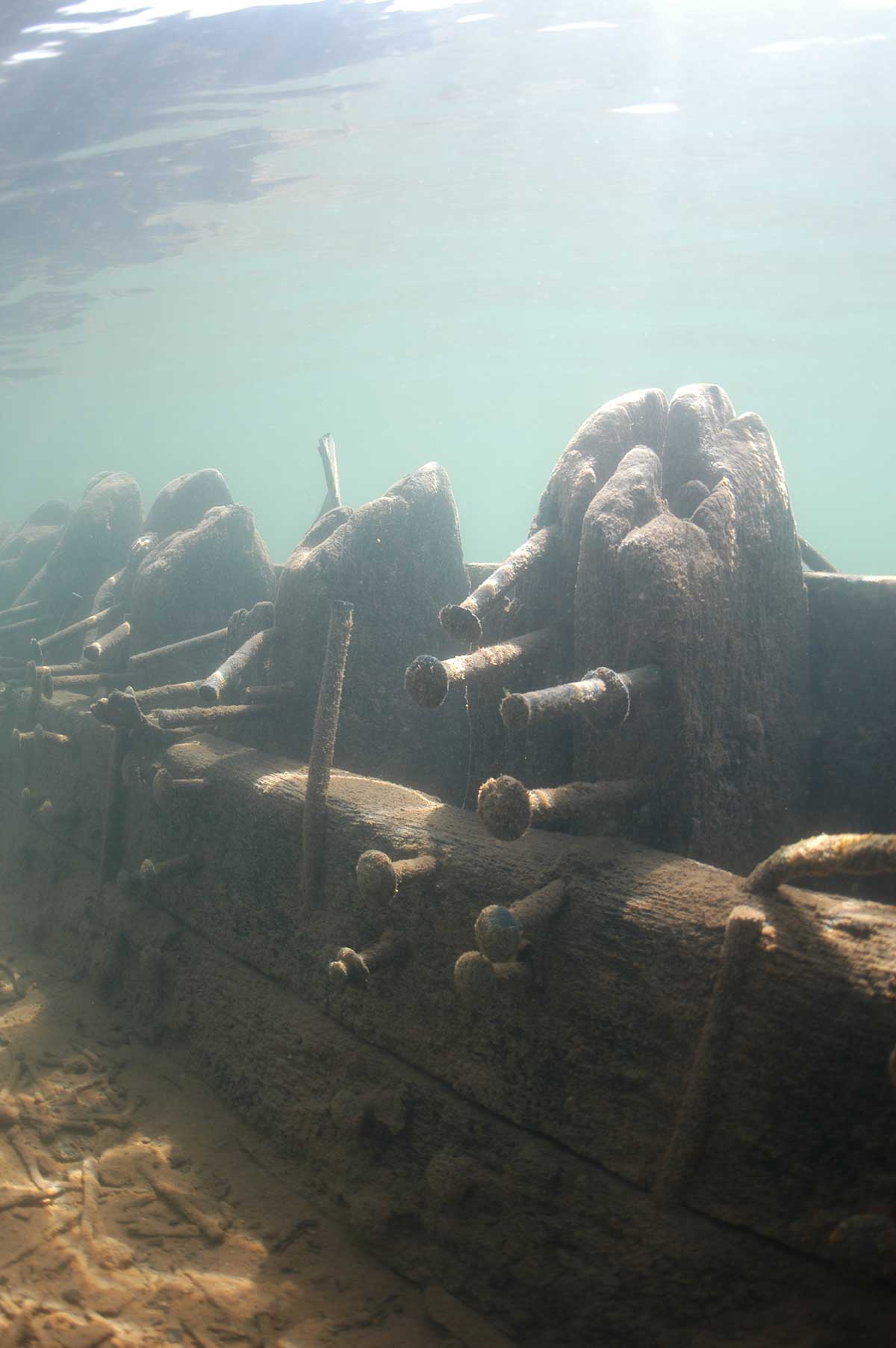 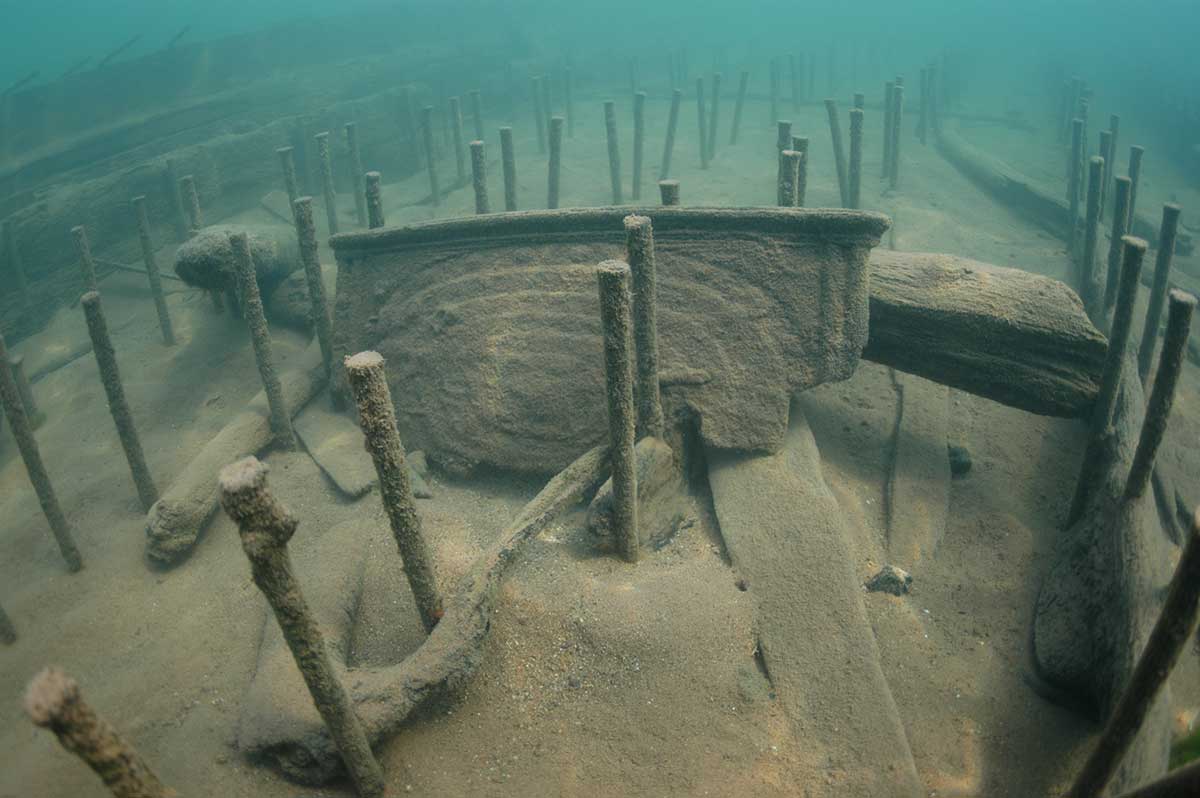 Wreckage is caught amongst the remaining drift pins of Fedora 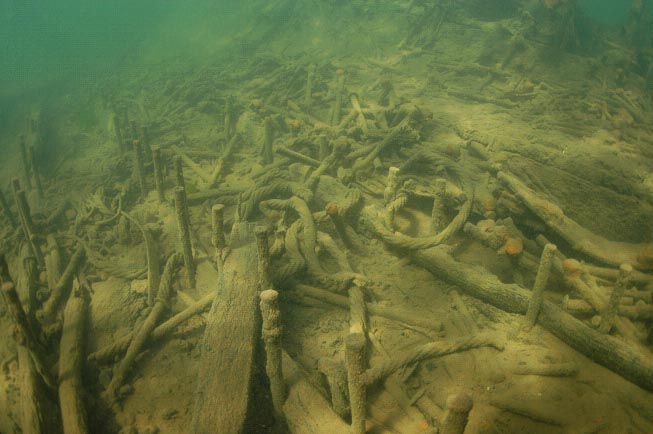 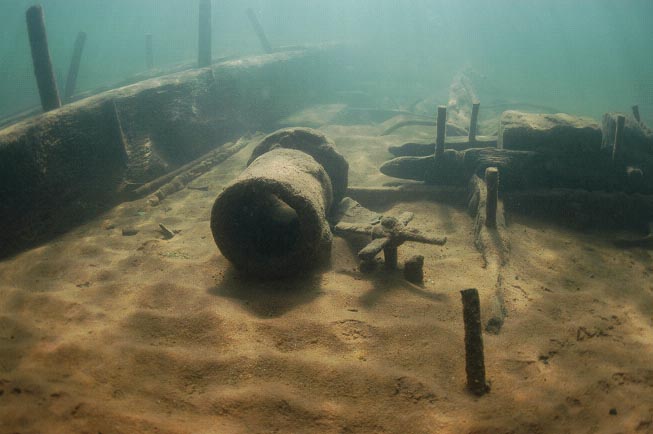 The 282 foot long bulk carrier Fedora had a wood hull with iron strapping. The vessel was powered by a triple expansion steam engine with two scotch boilers, a single shaft with a single screw. The Fedora was one of the larger class of freighters, of composite construction, her keel, ribs and frame being iron, while her planking of oak, was riveted on with bolts.

May 29, 1900: The Fedora was stranded 1 1/2 miles south east of the Duluth Lifesaving Station during a thick fog. A tug was dispatched to pull the vessel off.

On September 20, 1901, the Fedora, bound for Ashland from Duluth to pick up a load of iron ore at the Ashland ore docks, caught fire from a kerosene lamp that fell in the engine room starting a major fire. At the time, the Fedora was between Basswood Island and Red Cliff Bay in Lake Superior. Captain Frank A. Fick headed the burning vessel towards Chicago Creek north of Red Cliff Bay in order to beach the vessel onto the sandbar just offshore and allow the lifeboats to be launched. The 17-man crew (including the captain and two passengers) managed to escape in the lifeboats, while the Fedora burned to the water's edge.

She was an $80,000 to $90,000 loss but covered by insurance. In November of 1901, the Fedora was sold to the Red Cliff Lumber Company (one source says she was purchased by the Great Lakes Steamship Company) who salvaged most of the machinery and the two boilers.
Today

The remains of the Fedora, consisting of the lower unburned hull, rests on silty, sandy bottom in 10 feet of water, and is largely intact but the effect of the winter's ice on a shallow wreck is obvious. Portions of the sides and lower hull are covered with sand overburden. The extant hull measures 251'4" from stenpost to stern; maximum beam 41'1." Hull survives several feet above the turn of the bilge on the port side, but was burned to the bilge level on the starboard. Portions of starboard futtocks and iron cross braces protrude above water surface, and vessel machinery was salvaged. Site has been heavily scavenged for surface objects.