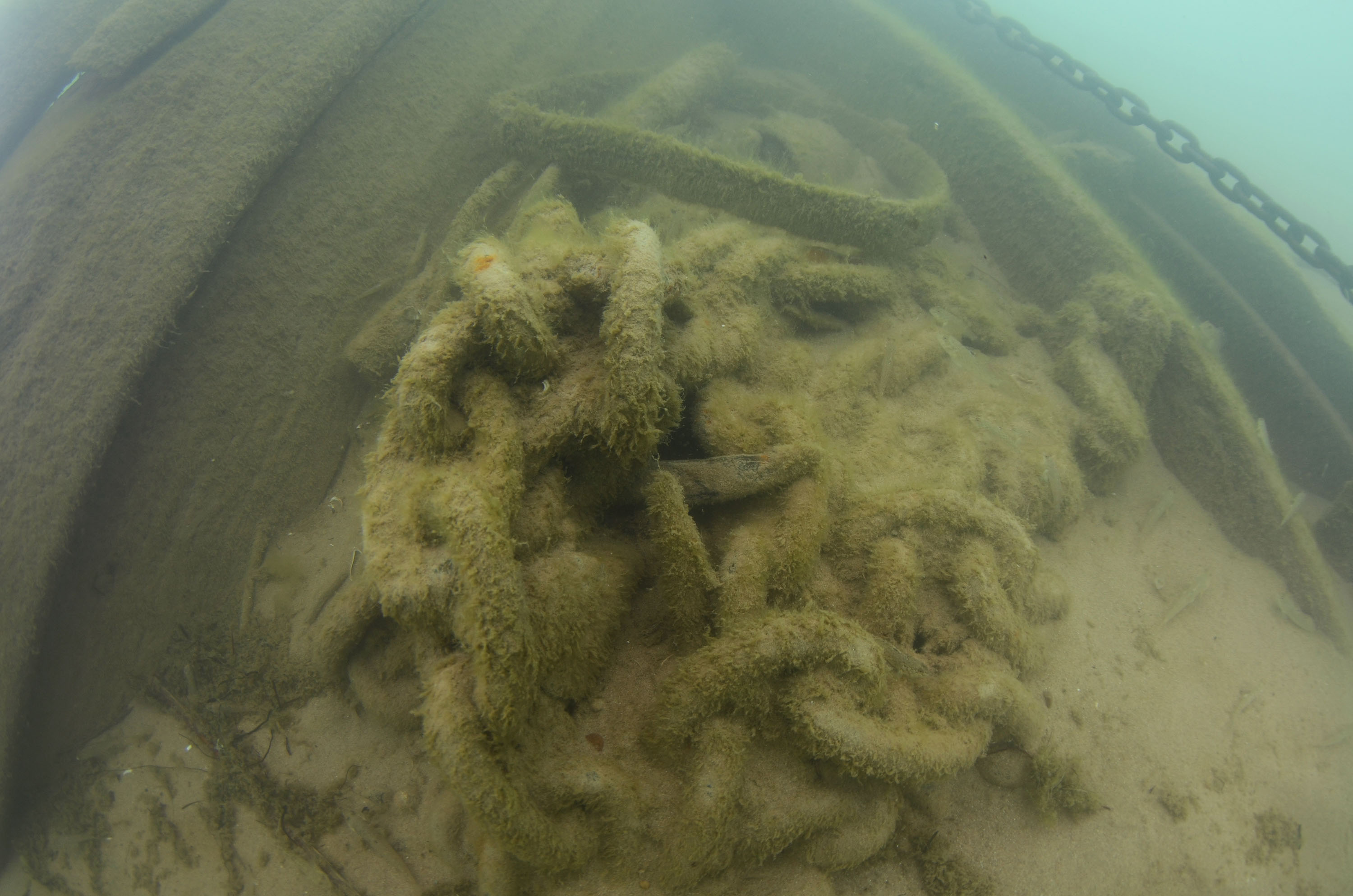 Chain and debris found in the bow of the Grace Patterson 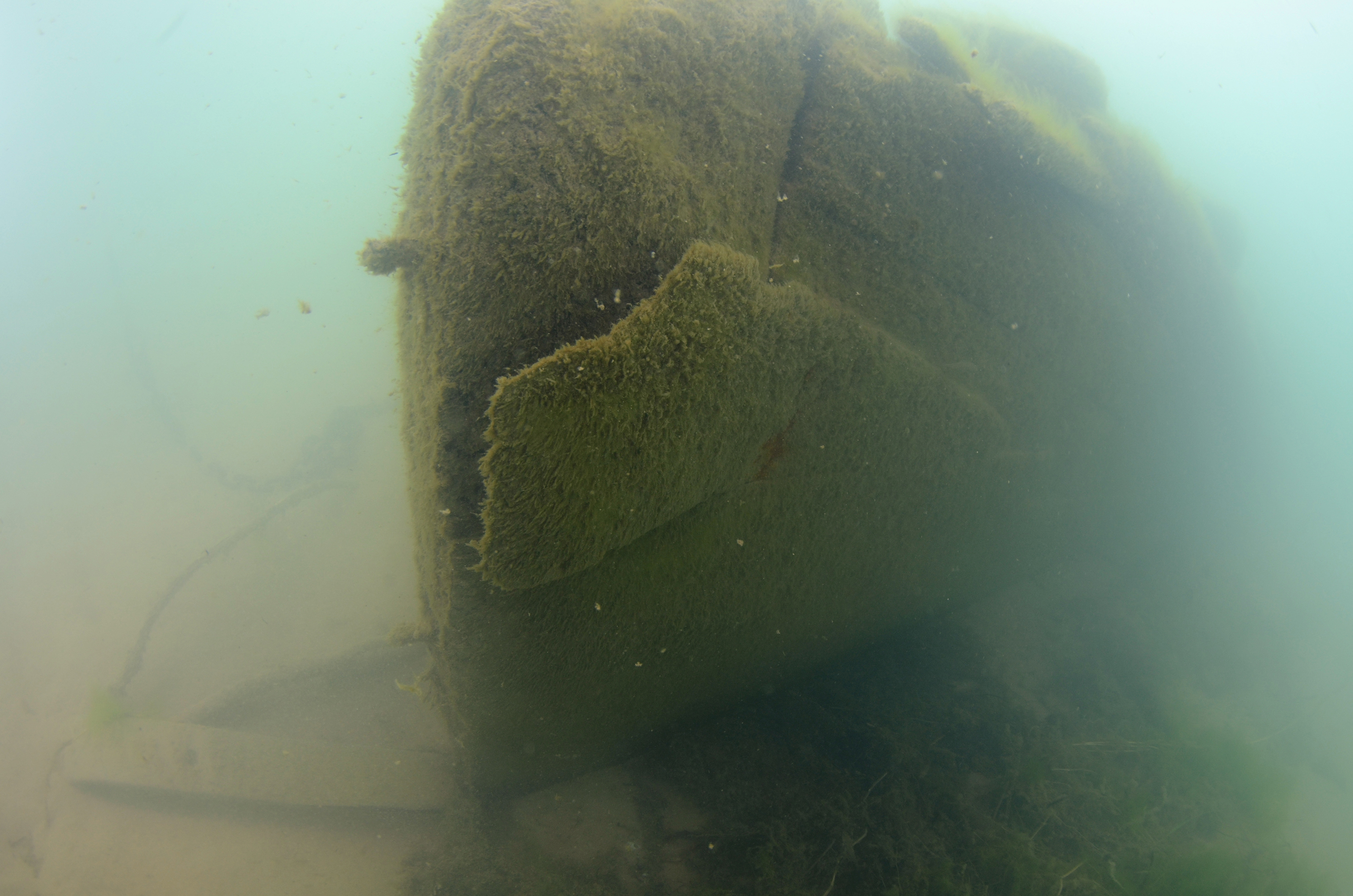 The steam screw barge/tug Grace Patterson was built in 1880 by the Callister Shipyard in Grand Haven, Michigan. The vessel was known to carry stone to ports on the east shore of Lake Michigan.

March 15, 1882. The steam screw Grace Patterson, loaded with lumber and lath bound from Manistee to Milwaukee, sprang a leak approximately fifteen miles offshore and eventually went ashore four miles north of Two Rivers. The life saving crew from Station No.17 saved the Paterson's crew of five men and salvaged 75 bundles of laths. The life saving crew found the Patterson's deck three feet under water and the crew in the rigging.

The Patterson resisted the efforts of salvers to save her. The life saving crew made numerous trips to the wreck recovering anything salvageable and a few tugs tried to pump the vessel out and to pull her off, all with out success. Last Document Surrendered Grand Haven, 2/25/1885: "Vessel Wrecked"
Map