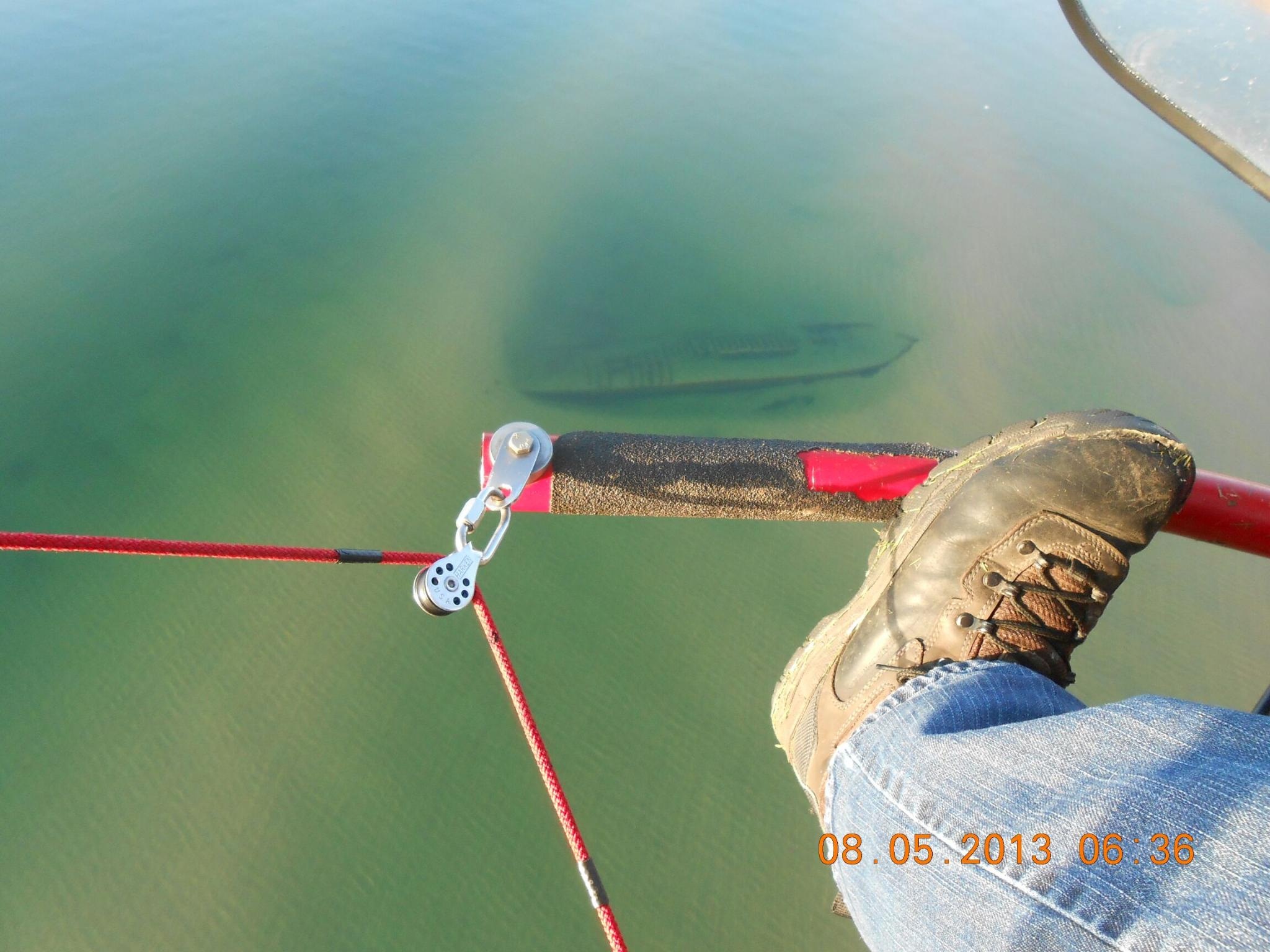 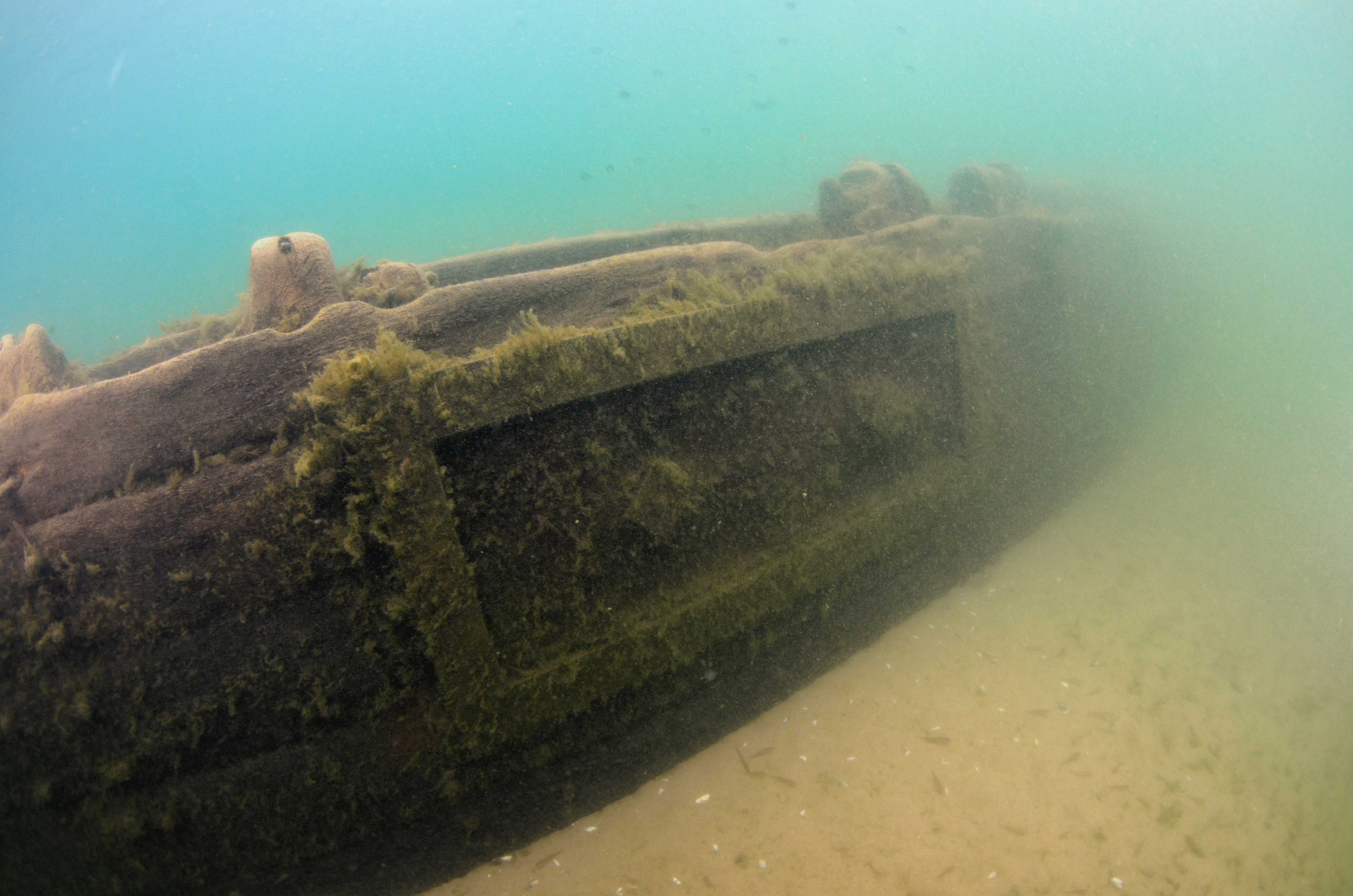 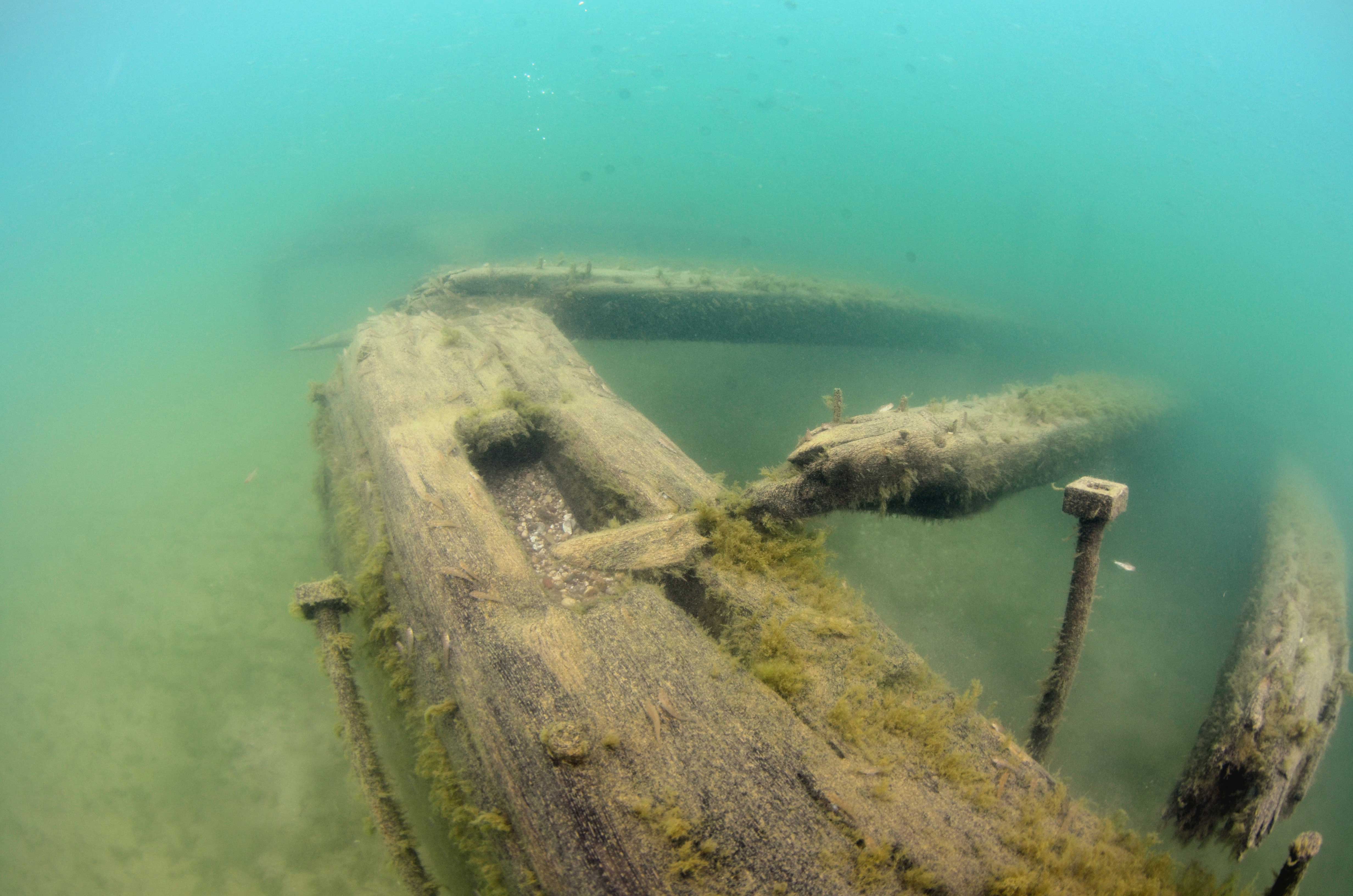 Named for Major Robert Anderson, commander of Union forces that held Fort Sumter in Charleston, South Carolina at what marked the beginning of the Civil War, the majestic looking Major Anderson flew an American flag high from her mainmast and carried a “well executed” painting of Fort Sumter adorning her entire stern. The barkentine hauled various bulk cargoes on the upper Great Lakes for the duration of her career.

"Launched on 13 April 1861 in Cleveland, Ohio, and built by Ira Laffrinier for shipping merchant, Hezekiah J. Winslow of Cleveland, the 568 11/95 ton Major Anderson measured 153.87 feet long and 33.20 feet in breadth, with a 12.13 foot depth of hold. The vessel was built at a cost of $22,000. The three-masted barkentine carried heavy spars and 2,800 yards of canvas. She had one deck, a square stern and a figurehead at her bow. Her first master was Capt. William Jones, formerly of the schooner William Case of Cleveland. The U.S. Customs Office in Cleveland assigned the vessel the Official number 16326." From the National Register of Historic Places.

There were four other vessels by the same name of Major Anderson built and launched on the Great Lakes between 1861 and 1864.

Strong winds, extreme heat, and dry conditions, fueled forest fires across the region (Great Chicago Fire and Peshtigo Fire), as a result, dense smoke hung over Lake Michigan. Paired with heavy gale conditions at 2AM on 7 October 1871 Captain John C. Sullivan became disoriented, made an error in navigation, and ran the Major Anderson ashore near the mouth of Molash Creek four miles north of Two Rivers, Wisconsin. Both of the vessel’s small boats were damaged in the accident so when orders were given to abandon ship, the crew was forced to swim ashore. The next day the tug C.W. Wood arrived from Chicago to render assistance, but because of the storm, could not get close. The Major Anderson and cargo were declared a total loss.

"...The bark Major Anderson, loaded with 750 tons of coal from Erie, bound for Chicago, ran aground at Two Rivers Point, in a thick fog, Saturday morning about two o'clock. The boats were stove in and the men were obligated to swim ashore.. A tug attempted to render assistance, but was unable, owing to the heavy gale." Milwaukee Sentinel 10/10/1871.

"Gone To Pieces.-The schooner Major Anderson, laden with coal for the Chicago Gas Company, which ran ashore on Two Rivers Point, last week, has gone to pieces. The cargo will prove a total loss." Milwaukee Sentinel 10/14/1871.

"The capstan of the bark Major Anderson,wrecked several years ago three miles north of Two Rivers, has been recovered by the wrecking schooner Active." Milwaukee Sentinel 7/23/1875.

In November 1871 the Major Anderson's salvage rights were sold and the tugs Kitty Smoke and Active removed her rigging and deck machinery.
Today

After salvage, the Major Anderson's wreck site remained forgotten until her discovery in May 2013 by ultralight pilots. Although an attraction for Point Beach State Forest visitors, she remains lightly visited by kayakers, divers and snorkelers today. Located 4 miles North of two Rivers, Wisconsin, in Lake Michigan, the barkentine Major Anderson lies on the lakebed in 3 to 10 feet of water. Although her rigging and deck machinery were salvaged, her lower hull remains intact and well preserved under an estimated ten feet of sand.