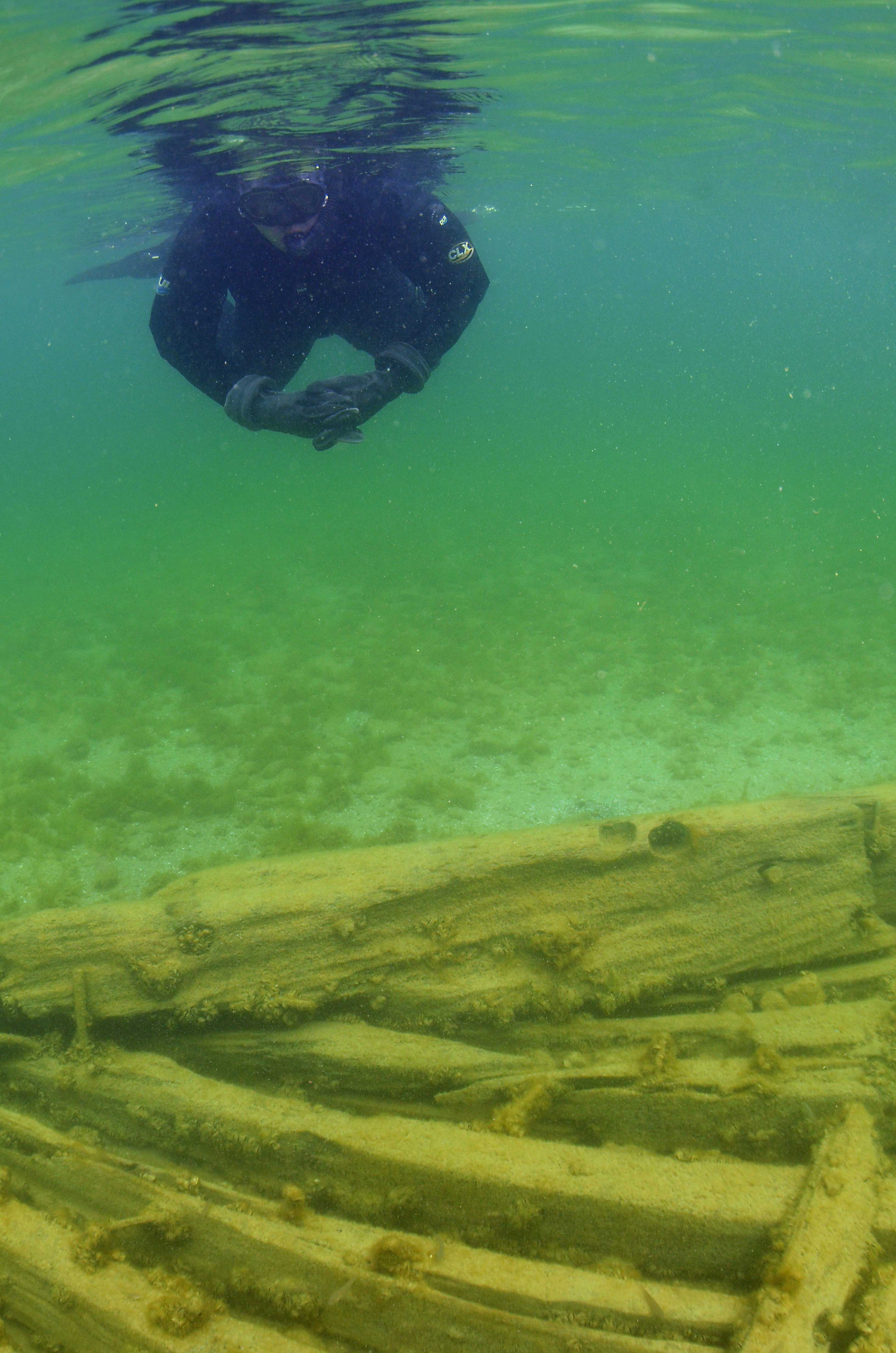 An archaeologist investigates the wreckage of the Grape Shot 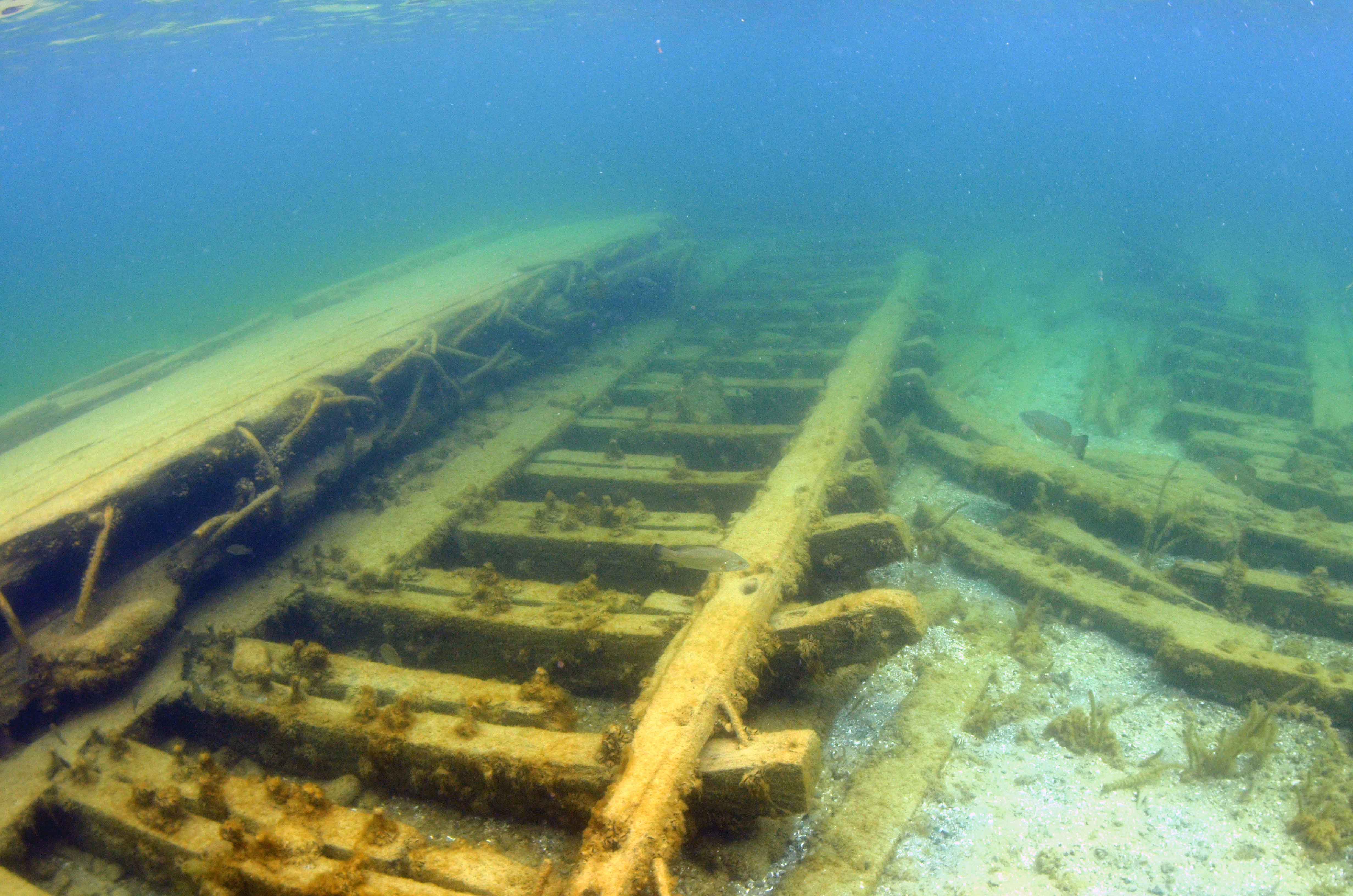 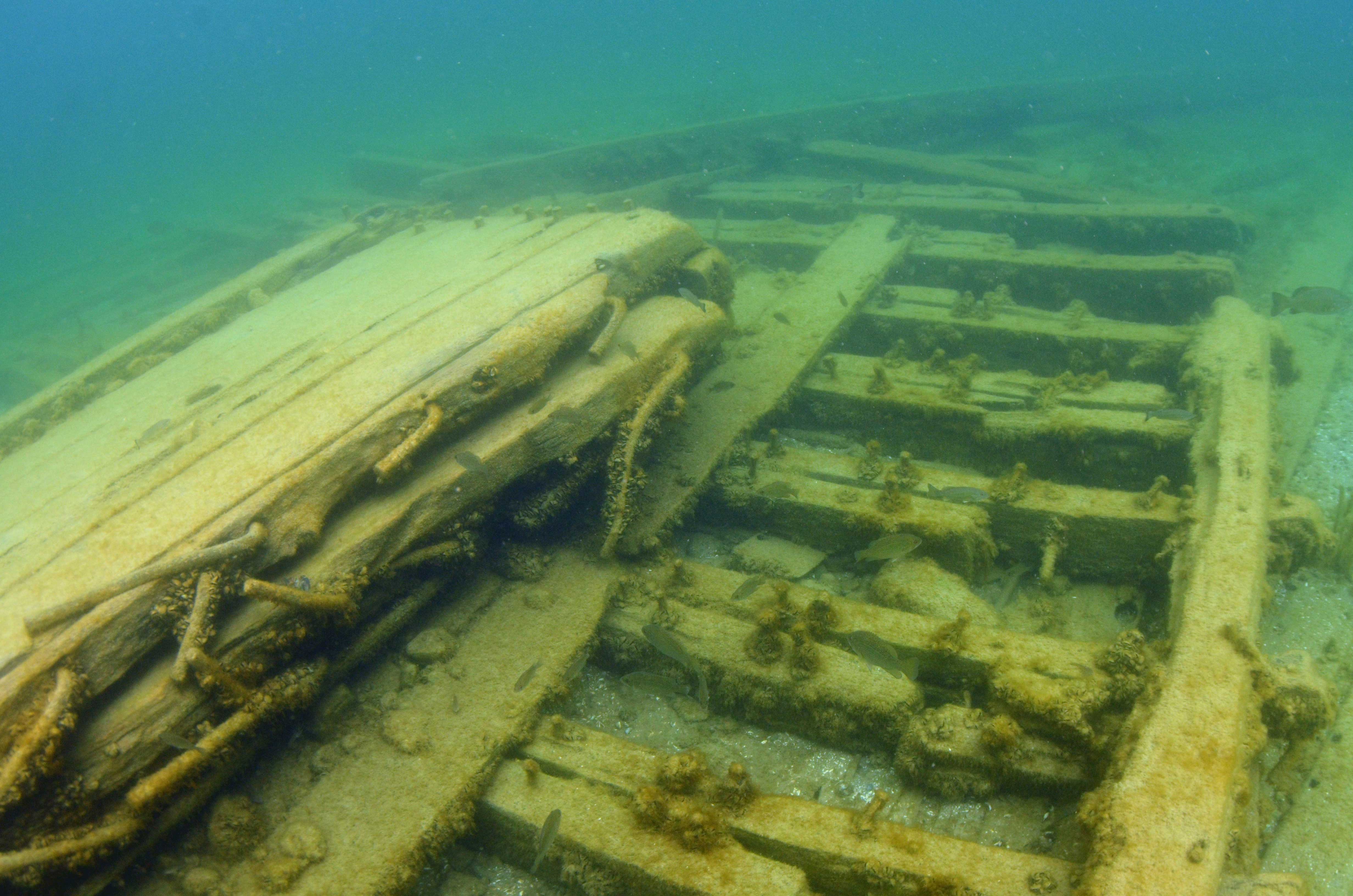 Grape Shot's centerboard trunk which now lies on its side 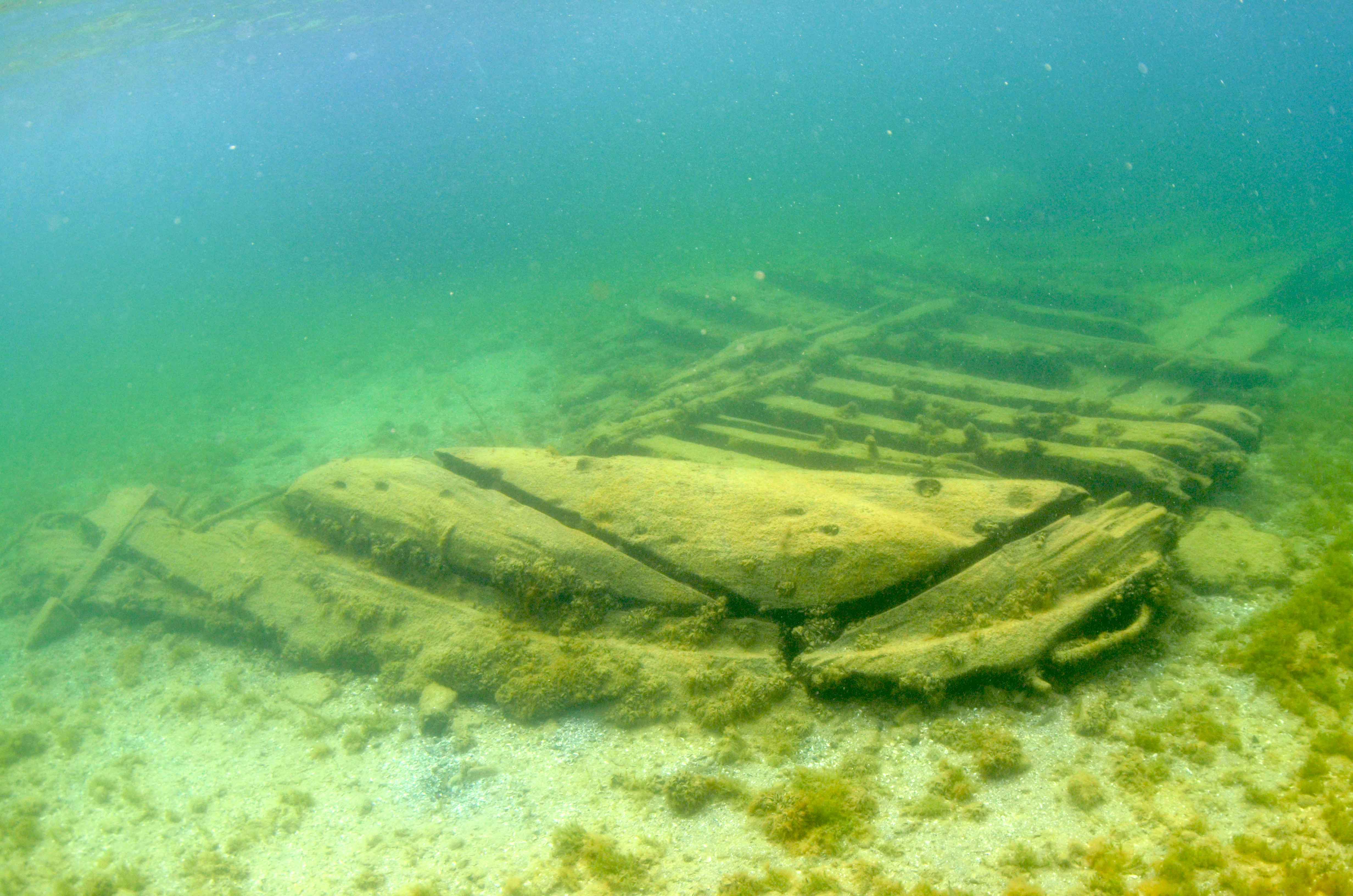 The schooner Grape Shot was constructed by Master shipwright B. B. Jones in Buffalo, New York, in 1855, and was outfited with an eagle figurehead and square stern. Grape Shot was one of two identical schooners constructed, the other was Yankee Blade, both vessels launching within ten days of each other in September, 1855. Throughout the duration of her career, the vessel operated primarily in the lumber, wheat, and coal trades, transporting cargo throughout the upper Great Lakes. Although the vessel operated in Lake Erie, it never traversed the Welland Canal to operate in Lake Ontario, as the beam of the vessel was slightly too large to fit through the locks. Her sister ship though, Yankee Blade, was in fact a canaller, and was able to traverse the locks.

In the midst of a gale during the first few days of November 1867, Grape Shot grounded on the north side of Plum Island not far from the site of her stranding in August 1866. She ran so far up on the rocks that her bow was lifted four feet into the air. Fortunately, no lives were lost. Initially it was thought the schooner could be easily removed. Newspapers published reports indicating the vessel had sustained no damage. The tug Leviathan was sent from Chicago to pull the vessel free, but the salvage attempts failed and Grape Shot was declared a total loss. The propeller George Dunbar arrived from Chicago to recover Grape Shot’s cargo of 50,000 board feet of lumber and salt. Additionally, her rigging was removed and placed aboard the George Dunbar. Cargo and rigging was taken to Chicago on 12 November. Grape Shot was valued at $10,000 at the time of her loss. Her hull was insured for $7500 and she had a $7000 insurance policy on her $9000 cargo of lumber. Grape Shot’s hull began to break up over the winter months and the vessel was stripped of all deck equipment by mid-July 1868.
Today

Today, the wreck of the Grape Shot is located 0.18 miles northwest of the Plum Island U.S. Coast Guard Station near the town of Washington Island, Wisconsin, in Lake Michigan, in 8 feet of water on a bed of rocks and sand. Although the vessel lies broken and scattered around the bay, her starboard side and much of her lower hull remains intact and is well preserved. The wreck site has long been known, but until summer 2015, remained undocumented. Most of Grape Shot’s hull components remain present within the wreck site. It is likely that additional hull components of the Grape Shot remain scattered throughout the bay and are covered by sand. Although broken and scattered, the uncovered hull retains great archaeological integrity, and sites such as the Grape Shot present a rare opportunity to study and learn about early historic wooden schooner vessel construction, and how these vessels were used in the transportation of trade goods, and in the Lake Michigan lumber trade.