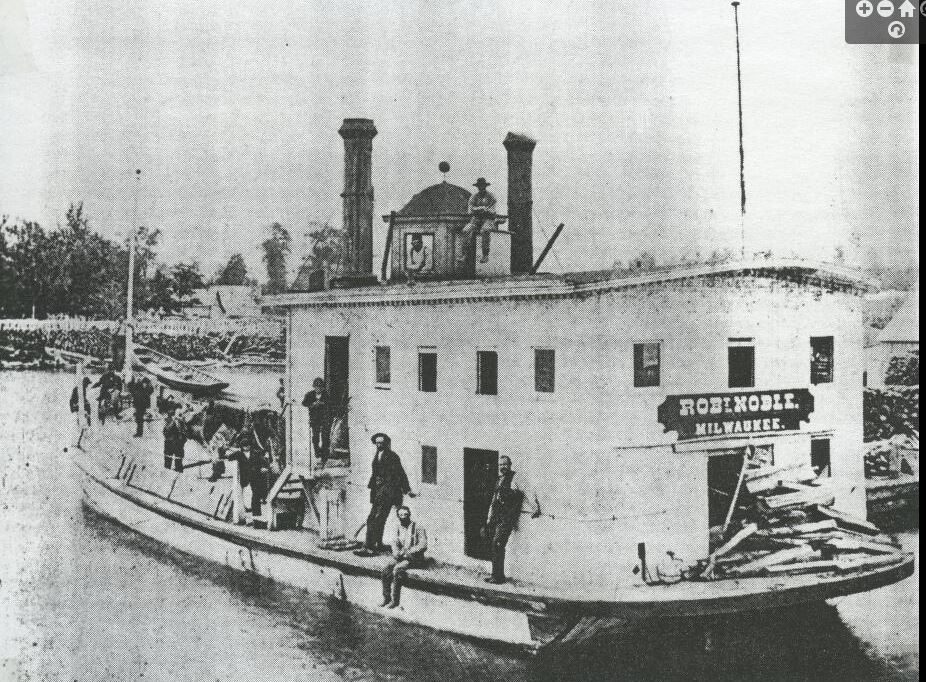 The wooden sternwheel steambarge Robert Noble was built in 1883 by Robert Noble at Sturgeon Bay. Some sources have said that Alfred Anderson and J. Johnson were involved in her construction. Her official registry number was 110577. This wood burning vessel was more successful than Mr. Noble's previous, smaller side-wheel steamer, called the Ark. Both vessel made their profits hauling passengers and livestock across the bay at Sturgeon Bay. After spending her first years as a ferry, in 1887, the Robert Noble was purchased by new owners, A.W. Lawrence and George Spear and converted into a freight carrier.

November 7, 1888 the sternwheel steambarge Robert Noble, was bound for Arthur Bay, eleven miles north of Menominee, loaded with a cargo of cedar, when a lamp in the kitchen exploded setting the vessel on fire and burning to the water line. With difficulty, Captain William Anger, O'Reilly and crewmen William Jacobs and Joseph Hampton launched the lifeboat and rowed to the nearest shore and walked to Menominee. While the Robert Noble was burning, after the crew abandoned her, a fisherman named Louis Garbosky, took the sails, towline tackleblocks and an anchor chain. Fishermen towed the burning vessel to shore where she sank in three feet of water eleven miles north of Menominee. She was declared a total loss. The engine and boiler were recovered and placed in the steamers Menominee and Marinette.

Another account states that she caught fire while tied to the docks on the "Sturgeon Bay side" and burned to a total loss in 1888.
Map