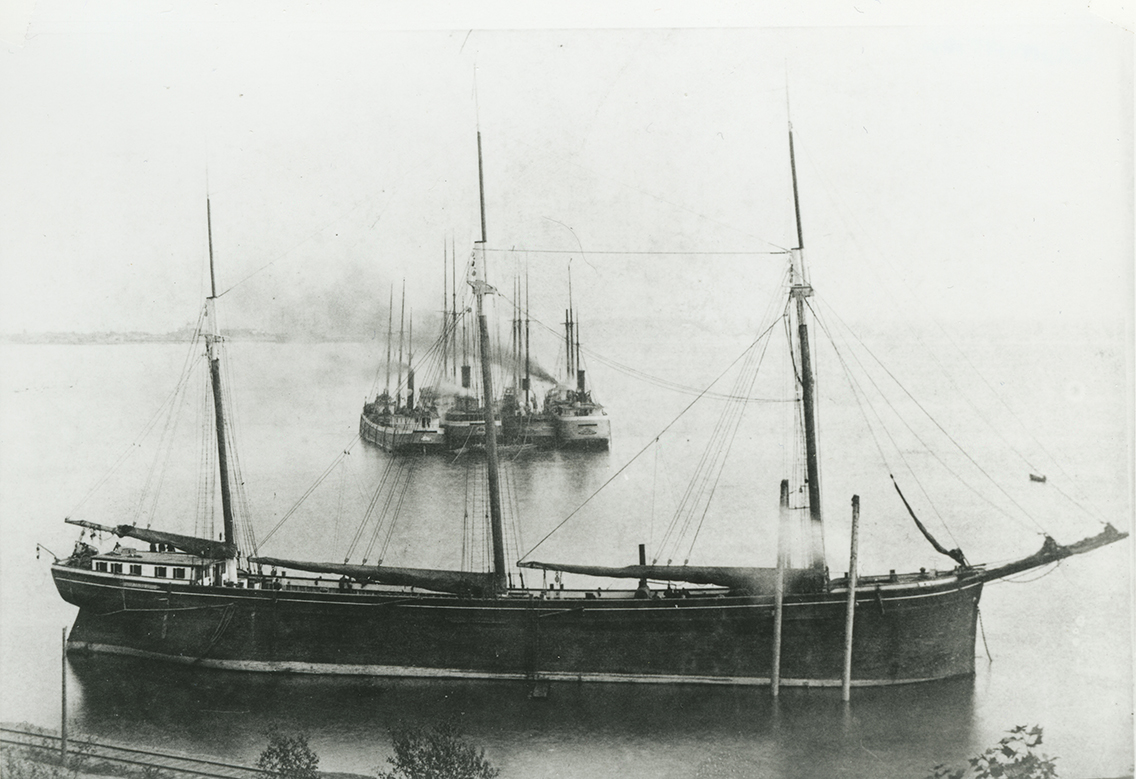 "The tug barge Sumatra foundered off the straight cut harbor at 3 o'clock yesterday morning, and the crew of seven men, four were drowned.... The Sumatra left Chicago at 6 o'clock Tuesday morning in tow of the steambarge Arnold, laden with rail iron for Fort Williams, on Lake Superior.

"...The Weather when the Arnold left Chicago with her tow was fair, and remained so until 8 o'clock in the evening, when off Windpoint the sea began to make very rapidly, with the wind northwest by north, and the sea running Northeast. The Sumatra sprang a leak shortly after...and the pumps were put to work. The water gained on the men, and at 10 o'clock two steam pumps, the hand pumps and a cyphon failed to keep the water in check in the hold...The Sumatra continued to settle, and when half a mile due east of the Milwaukee harbor, she went down. ....She had been rebuilt several times since she was originally built in 1874."

"Capt. Marquette, representing Vance and Co. , accompanied by Capt. Boutin of the life-saving crew, made a trip to the wreck of the Sumatra yesterday morning. Soundings made over the wreck showed that the vessel had gone to pieces and her cargo of rails had been distributed over an area 100 feet wide. The wreckage, which is also scattered, is covered by about thirty feet of water."

"As the Sumatra approached Milwaukee Harbor, within a mile of safe refuge, she suddenly sank. According to testimony of the surviving grew members, the heavy cargo on board below her decks strained her planking so as to necessitate constant pumping. In spite of all the crew's efforst, the leak gained on them so fast that she finally plunged head first to the bottom. Three of the crew went down with her, helplessly pinned down by the heavy deck load of steel rails sliding upon them." Soundings, Summer 1989 page 10.
Today