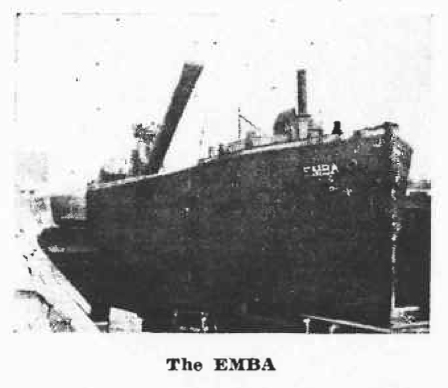 Historic image of the E.M.B.A. shortly after her purchase by the Milwaukee Electric Railway & Light Company (Rail & Wire Magazine 1923). 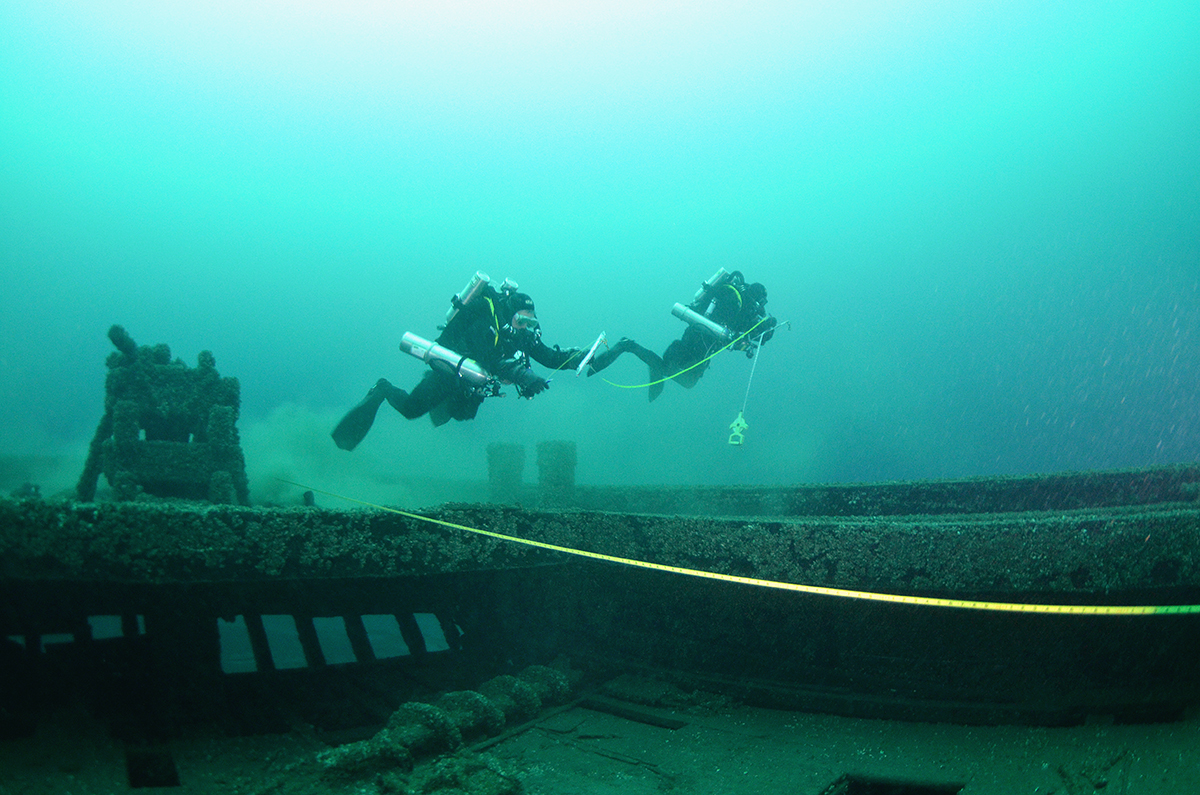 Divers swim over a baseline during the survey of the E.M.B.A. 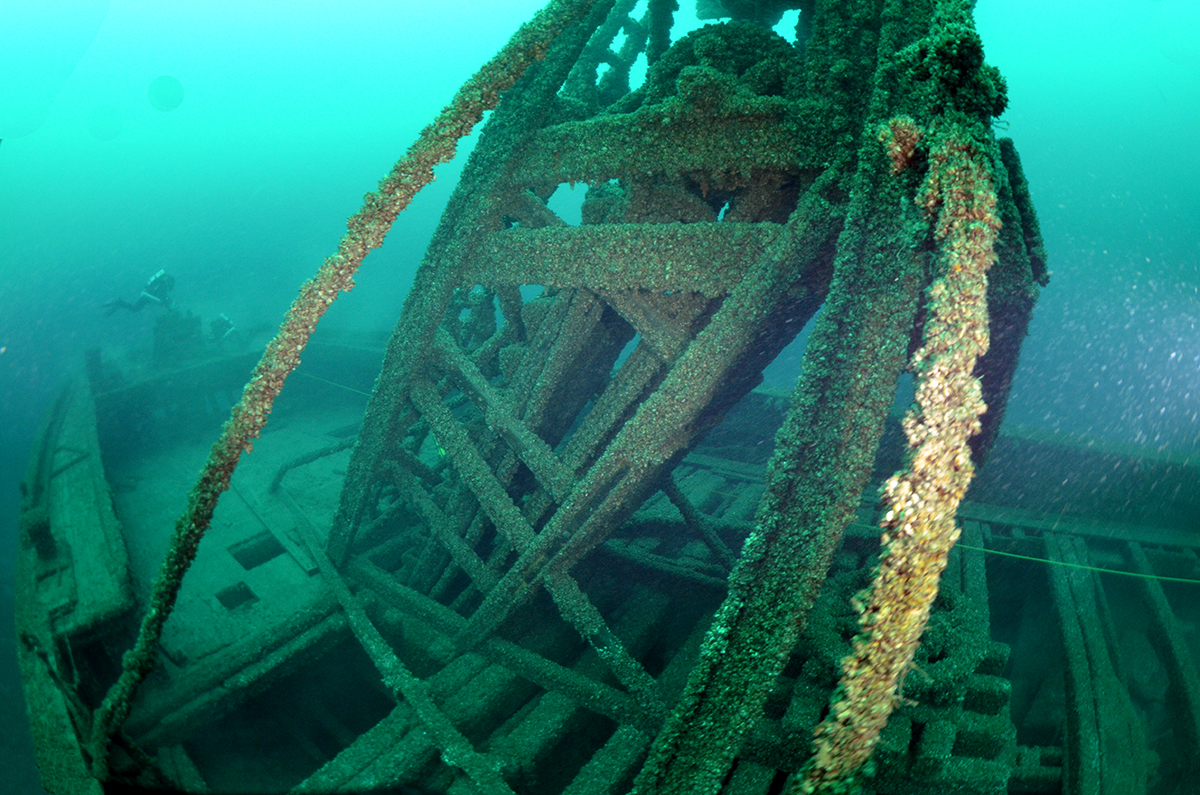 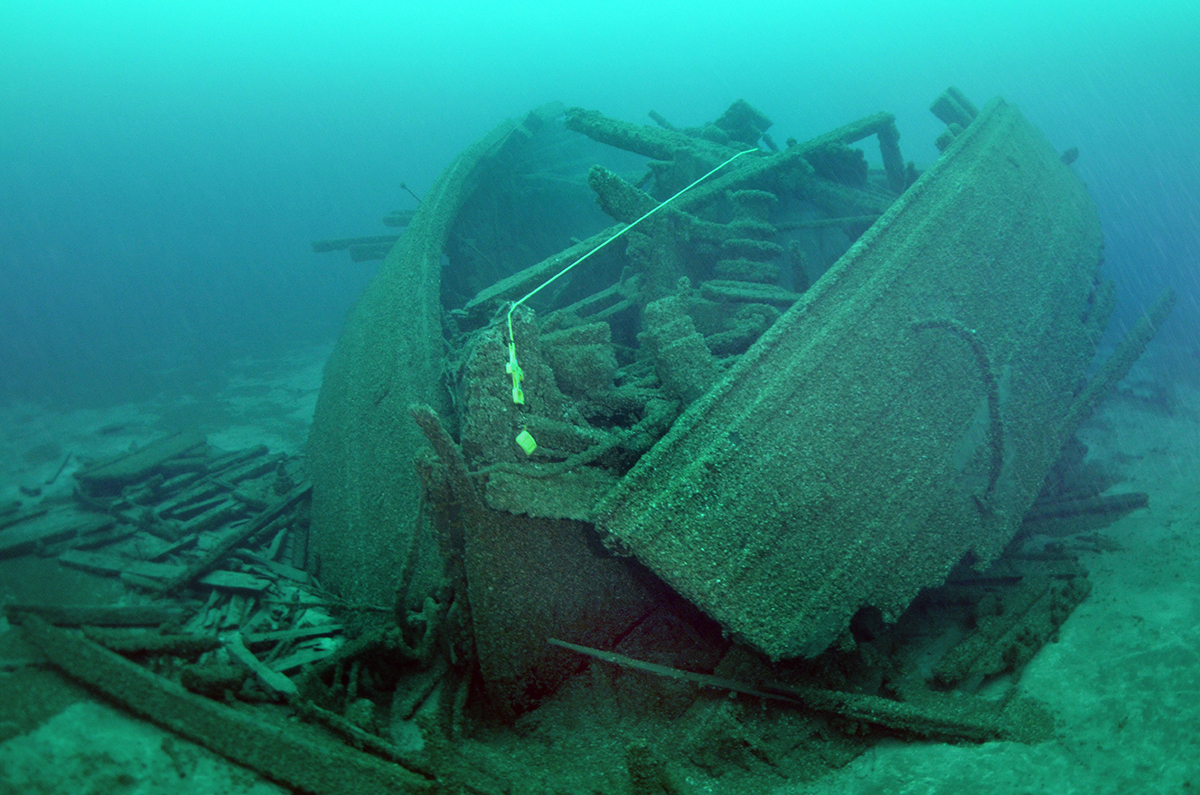 Bow of E.M.B.A. collapsed when it struck the bottom upon sinking 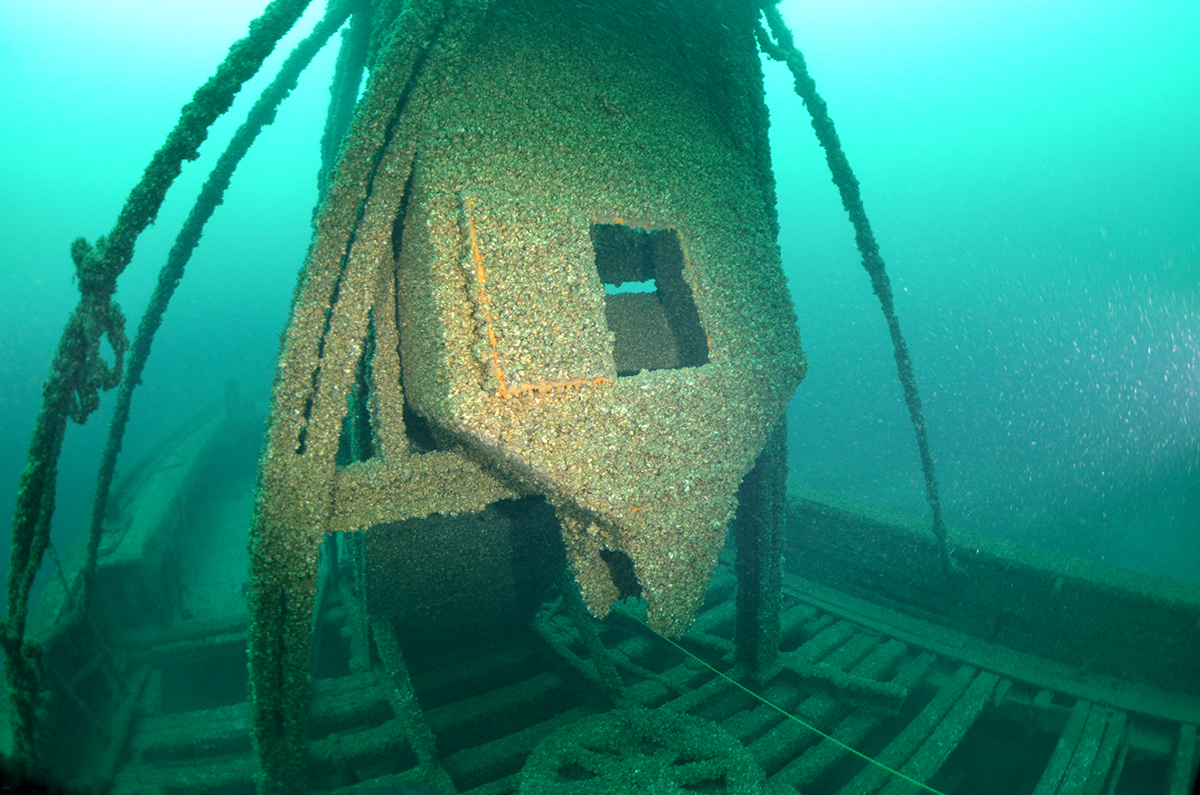 March 18, 1890: The three masted schooner A.C. Tuxbury was launched from F.W. Wheeler and Company's shipyard in West Bay City, Michigan. The vessel was designed as a tow barge, meant to be towed behind a steamer carrying cargoes such as coal, grain and lumber. The Tuxbury visited such Lake Michigan ports as Milwaukee, Chicago, Buffalo, Sturgeon Bay, Menominee, and Escanaba.

Tuxbury would spend her next 33 years, along with her sister ship C.E.Redfern, being towed by the steamer W.H. Sawyer carrying bulk cargoes on Lake Michigan.

1923: The Tuxbury was sold to the Milwaukee Electric Railway & Light Company and was renamed EMBA for the Employes' Mutual Benefit Association. At this time, she was converted to a self-unloader and spent her next nine years lightering coal on the Milwaukee River.
Final Voyage

On October 30, 1933 the Milwaukee Journal announced that after 42 years of service, the EMBA was to be retired from service along with the barge Collier. The owner, Milwaukee Electric Railway & Light Company, was phasing out the use of the barges and are instead using motor trucks for coal delivery thus eliminating the 4,700 bridge openings over the river each year.
The EMBA was to be stripped, towed out into Lake Michigan and intentionally scuttled.
Today

Today the schooner-barge EMBA rests upright in 170 feet of water near the wreck of the St. Albans five miles east of Milwaukee's North Point in Lake Michigan. The vessel lies mostly intact, broken by the force of hitting the bottom. The bow hit first damaging the stem and some frames resulting in the windless, forecastle deck to collapse and the steam powered windless itself to fall into port side of the forecastle. Although the vessel was stripped (apparently including the anchors) when she was scuttled in 1932, the hull and much of her self-unloading gear remain along with a vertical steam pump