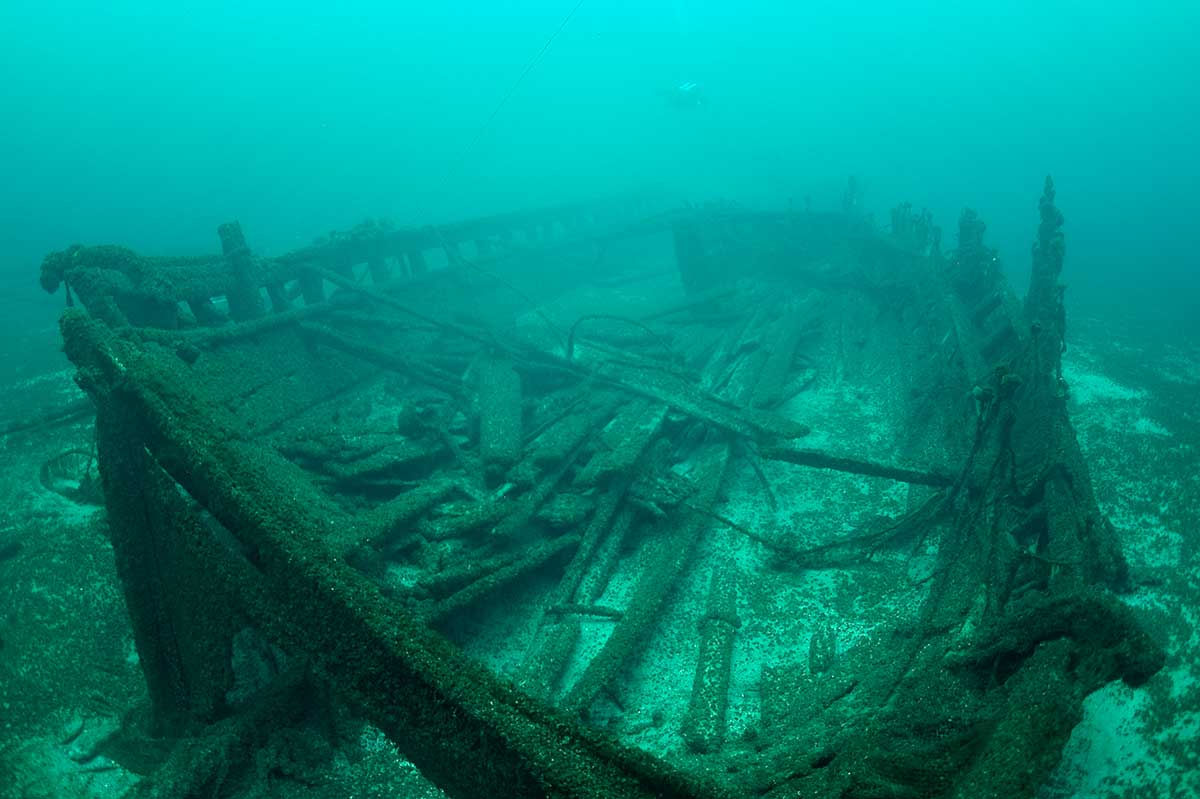 The wooden two masted schooner Island City was built in 1859 by Peter Perry at his remote shipyard on Harsens Island, Michigan (Lake St. Claire). The vessel was first enrolled at the Port of Detroit on August 15, 1859. The Island City was valued at $2,000 and rated B1 in 1874. Her official number was 12084.

Initially she carried farm products from Lake St. Claire to Detroit. Over the years ownership changed numerous times, and the vessel carried mainly lumber to different ports often on the Wisconsin side of Lake Michigan.
Final Voyage

Saturday, April 7th, 1894: En route from Ludington, Michigan to Milwaukee, the schooner Island City, while loaded with hardwood, was caught in a storm in the afternoon. They were fourteen miles off the Milwaukee Harbor. The vessel soon began to leak, and by 10 PM the pumps could not keep up with the water rising in her hold. By 11 o'clock that night the Island City was uncontrollable, and the three men in her crew began preparations for abandoning the schooner in the yawl boat. While cutting the yawl loose, Captain Wood and the small boat with no oars were swept into the lake. The two crew members were stranded in the sinking vessel. The captain managed to climb into the boat and was washed ashore the following afternoon on the Wisconsin side of the lake near Mequon. The schooner and the other two men were lost.

On April 12, 1894, spars that were believed to belong to the schooner Island City were found protruding from the lake 12 miles northeast of Milwaukee.
Today

The wreck of the Island City is located nine miles southeast of Port Washington, Wisconsin and lies in 135 feet of water badly broken up in a concentrated debris field. Most of the outer wooden hull and rigging are present. Commercial fishing nets are snagged on her remains.