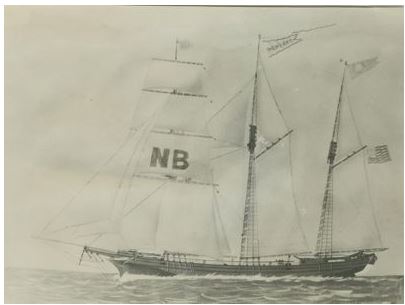 "In December, owners of the steamer Unknown received a contract to strip the Newsboy and recover its cargo of corn. However, the fierce fall weather prevented much salvage activity near the shoal. Only a few local residents chanced out to the dying ship to collect what corn they could. By January, the hull had split in two and the remaining corn had deteriorated. Nonetheless, reports in 1897 stated that part of the Newsboy's stern could still be seen on the south end of the shoal close to where the schooner Blazing Star had also been destroyed in previous years." Boyd, Hirthe MS
Nearby
View 112 more View fewer
^
© 2023 - Wisconsin Sea Grant, Wisconsin Historical Society